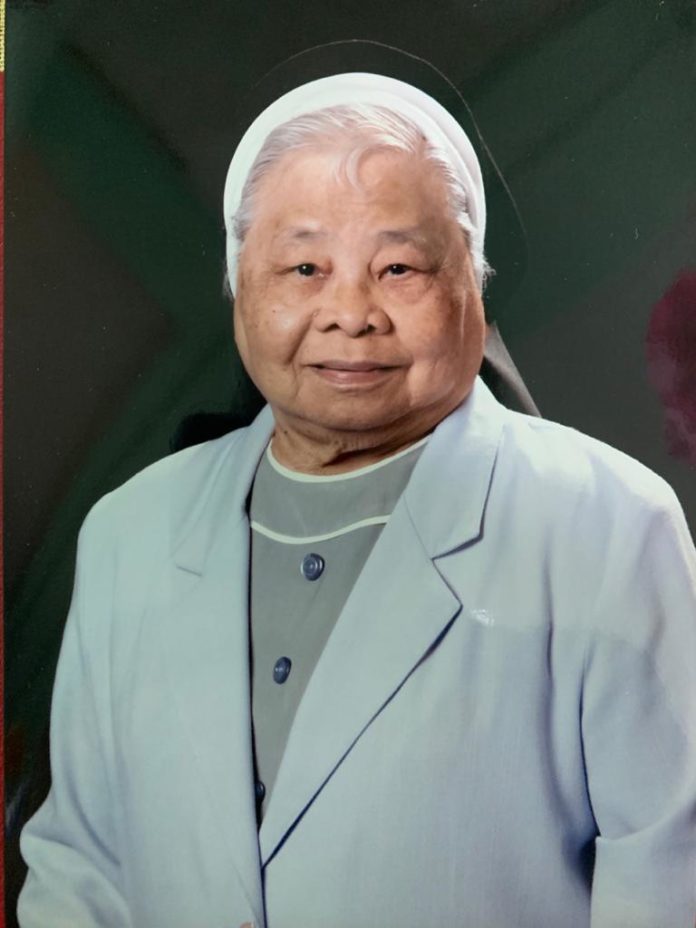 The Archdiocese of Agana has announced that Sister Mary Gertrude Quitugua passed away on July 9 at the Mercy Care Center on Guam.

Sister Gertrude was also known as Isabel Santos Quitugua. In her later years, she moved to Mercy Care Center in Oka and succumbed to cancer on July 9 at the age of 88.

Sister Gertrude entered the Mercy community on Guam on July 2, 1950. She enjoyed 70 years as a Sister of Mercy.

For most of her years of service, she taught at Santa Barbara Catholic School in Dededo and Cathedral Grade School in Hagatña.  She also taught Confraternity of Christian Doctrine (CCD) in Dededo, Yigo, Naval Air Station (NAS), Agaña, Tumon, Maina and the Agaña Cathedral.

Sister Gertrude served as Administrator of Infant of Prague Nursery and Kindergarten for a year.  She also served as pastoral minister/associate in the parishes of Maina, Barrigada, Asan, Umatac and Merizo.

Most of her surviving siblings reside in the U.S. mainland.  Sister Gertrude was very outgoing and friendly. She loved coming across the many students she taught on Guam and with a big smile, often shared how proud she was of them.

She will be greatly missed by her community and many friends.

She lived by the motto: “Love of God conquers all!” May Sister Mary Gertrude rest in the Lord’s eternal peace!

Mass is being celebrated at 4 p.m. daily followed by Rosary.

Supporters can follow the Masses and Rosaries via livestream on the Sisters of Mercy Guam Region Facebook page.

Mass of Christian Burial will be celebrated 10 a.m. Saturday, July 18 at the Dulce Nombre de Maria Cathedral-Basilica. Burial will be at Pigo Catholic Cemetery at 3 p.m.