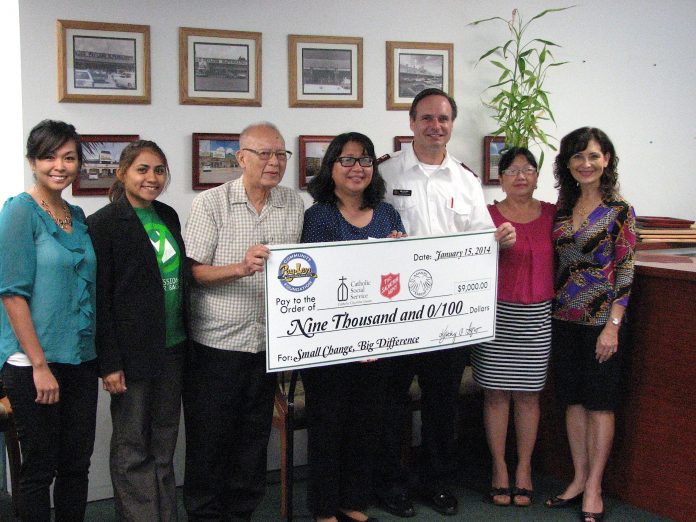 Guam – Pay-Less Supermarkets, Dickersonn & Quinn, and Pay-Less customers joined together to fight the problem of hunger on Guam.

Since the start of the annual Small Change, Big Difference campaign on October 22, 2013, Pay-Less customers had the opportunity to participate in donating $1, $5, or $10 to the fund. In addition, Pay-Less Supermarkets and Dickerson & Quinn increased community awareness by creating an installation piece made out of Spam cans, which spelled the word ‘hunger’.

Customers were able to purchase cans of Spam from the display which would make the word ‘hunger’ disappear. This would allow customers to visualize their efforts in helping fight the problem of hunger. With each purchase of Spam can, Pay-Less and Dickerson & Quinn donated $1 to the charity fund. On January 15th, Pay-Less and Dickerson & Quinn presented 3 checks to Kamalen Karidat, Catholic Social Services and The Salvation Army totalling $9,000.