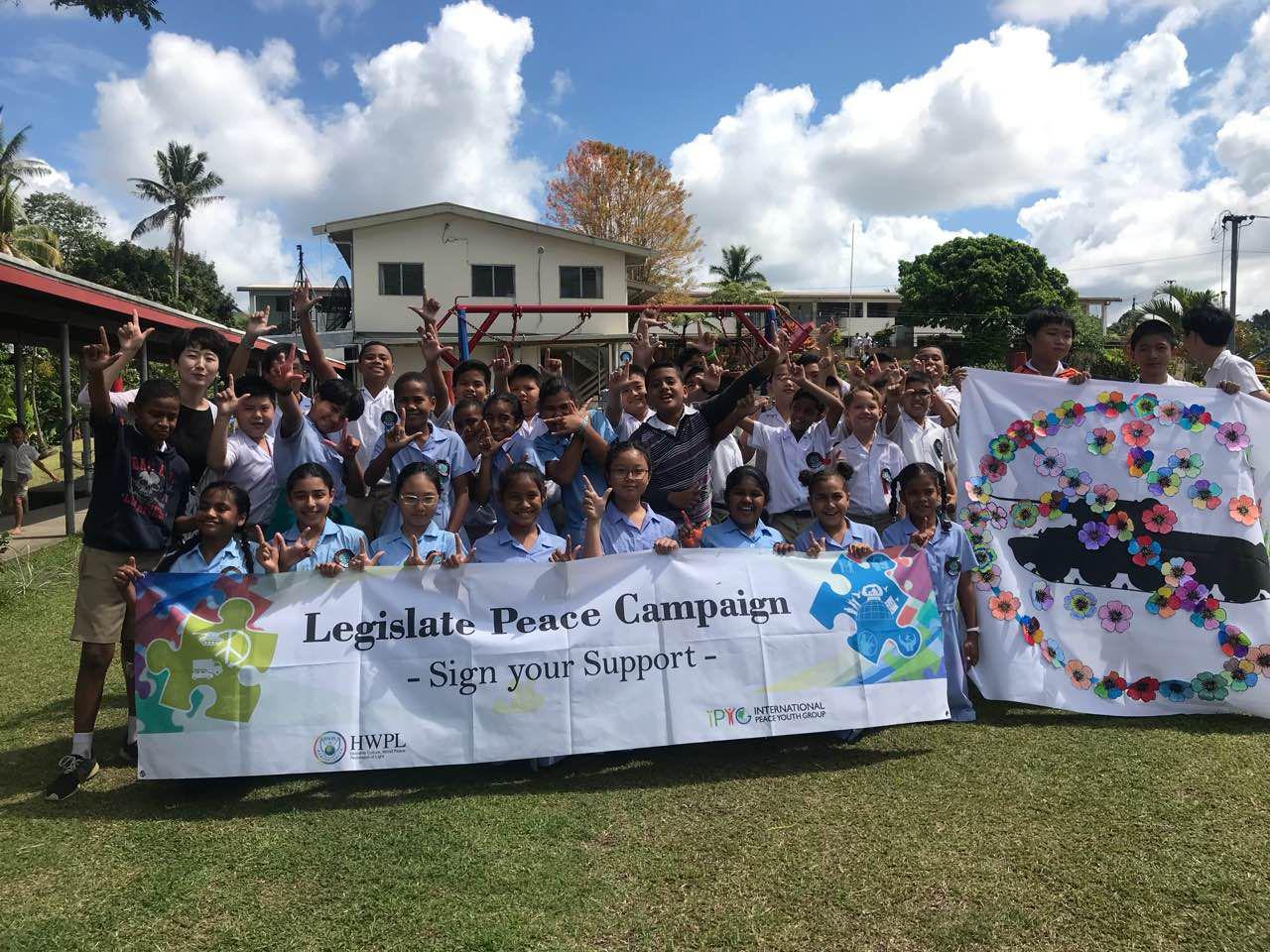 Children wished for achieving peace in the world by placing the hibiscus peace flowers, the national flower of Fiji, on the picture of the weapons which symbolize war and conflict.

(HWPL) – Heavenly Culture, World Peace, Restoration of Light (HWPL), an international NGO under the UN ECOSOC and UN DPI, held a peace event “Blooming Flowers of Cessation of War in Fiji” on October 24th at Yat Sen primary school of Suva in Fiji.

Mr. Timoci Biutiviti Bure, Deputy Secretary of Primary and Secondary who participated the 3rd Annual Commemoration of WARP Summit stated that Yat Sen primary school is the perfect school to host this peace event since the students have various races and religions. The children, the young passionate advocators of peace, took part in “Legislate Peace Campaign” for the establishment of an international law for peace.

Children wished for achieving peace in the world by placing the hibiscus peace flowers, the national flower of Fiji, on the picture of the weapons which symbolize war and conflict. “I think peace is having tolerance, respect and love each other. By loving each other and respecting each other we can find how we can stop fighting in the classroom too.” Salemba, one of the students, said when she was asked about peace.

Mrs. Chandra, a teacher of Yat sen primary school stated “The lesson was really good. This really helps us  discipline and maintain the classroom and students understand each other. This was a step forward to create peace enviroment among students. Teachers, we, have to use positive ways to create or maintain peace environment in the classroom. I think peace activities hosted by HWPL like today is beneficial for students. We need to give them reminding every now and then.”

Recognizing the global threats posed by conflicts and wars, HWPL International Law Peace Committee suggested the DCPW (Declaration of Peace and Cessation of War) consisting of 10 articles and 38 clauses such as ‘Reduce War Potential and Repurpose Weapons to Benefit Humanity’, ‘Spread a Culture of Peace’ on March 14, 2016. Since then, HWPL has been holding its “Legislate Peace Campaign” in various countries gaining the support of the DPCW. The declaration is aimed to secure fundamental human rights by developing a legally binding document that could serve as a foundation for a safe and peaceful world. Currently, the “Legislate Peace Campaign” has received more than 705,000 signatures in support of the DPCW in more than 170 countries. 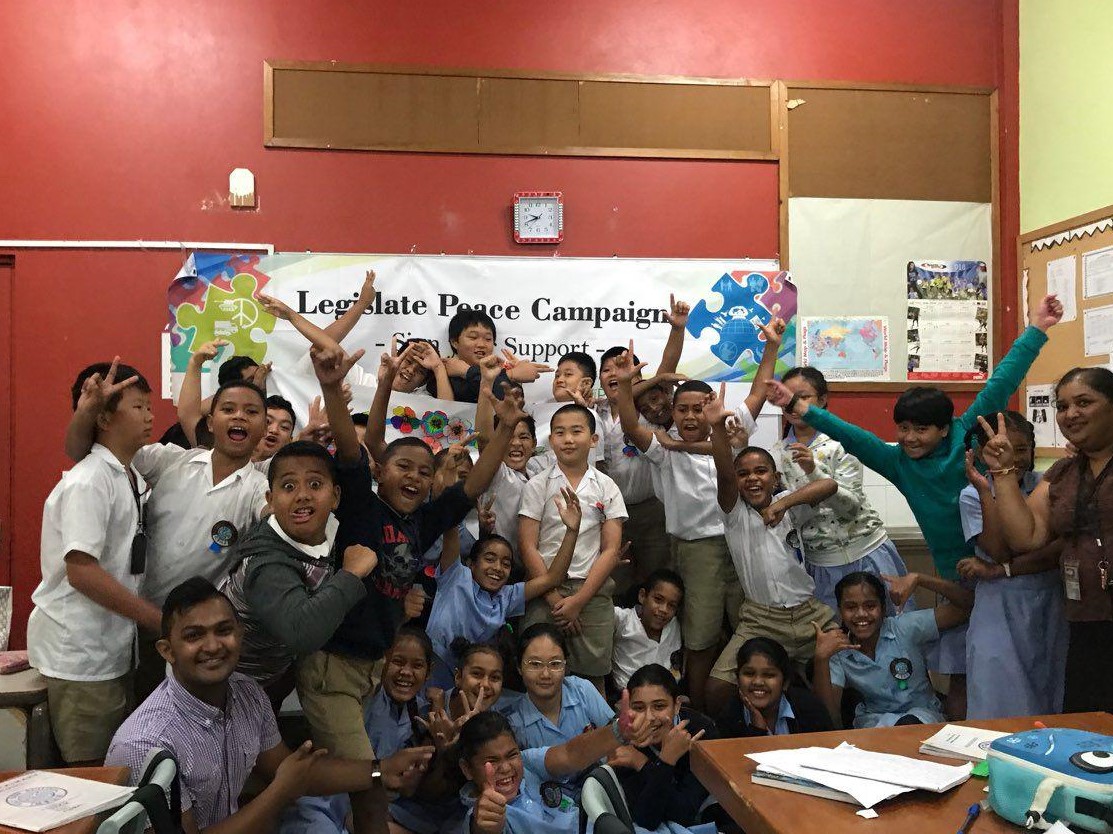 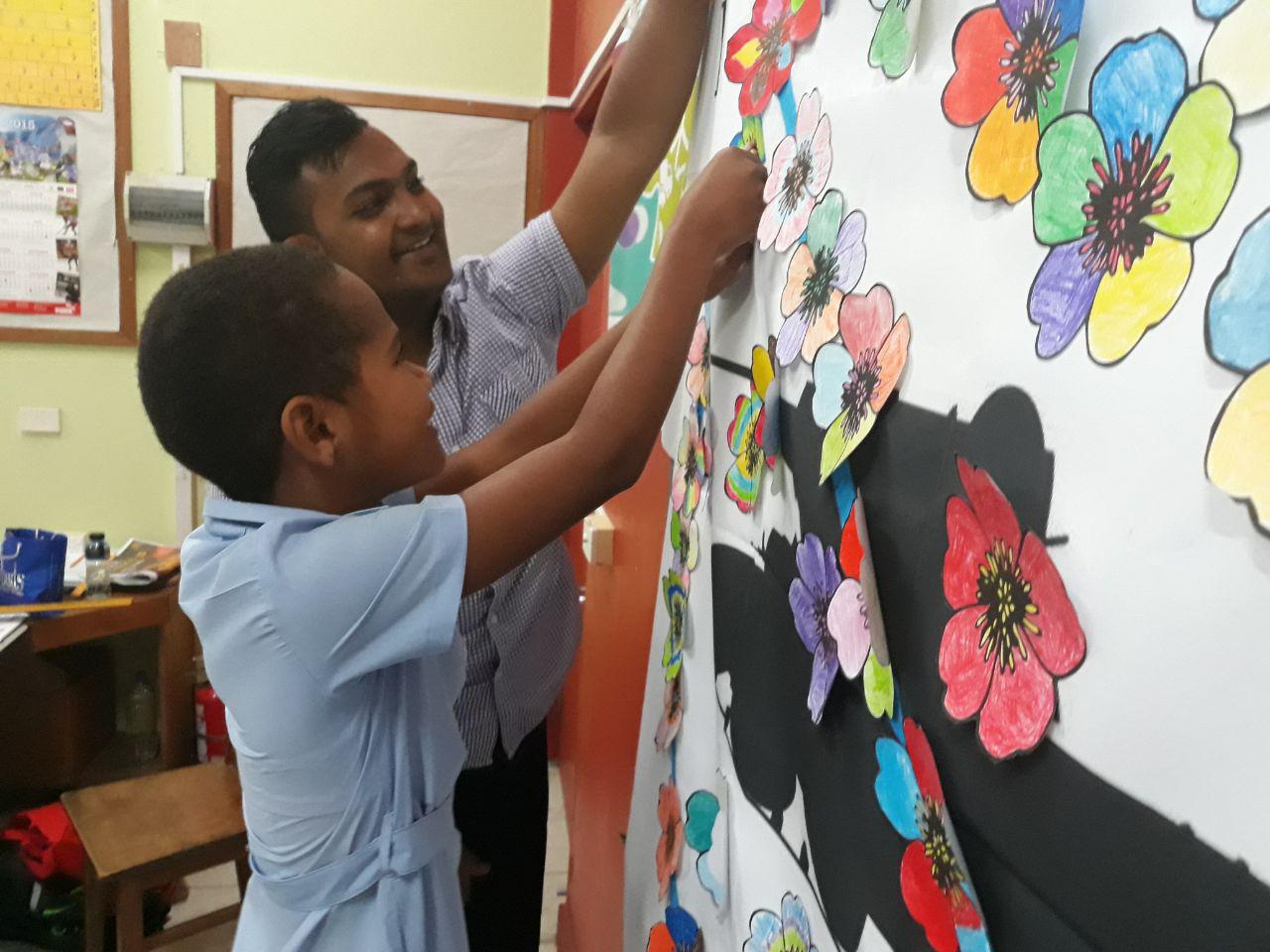