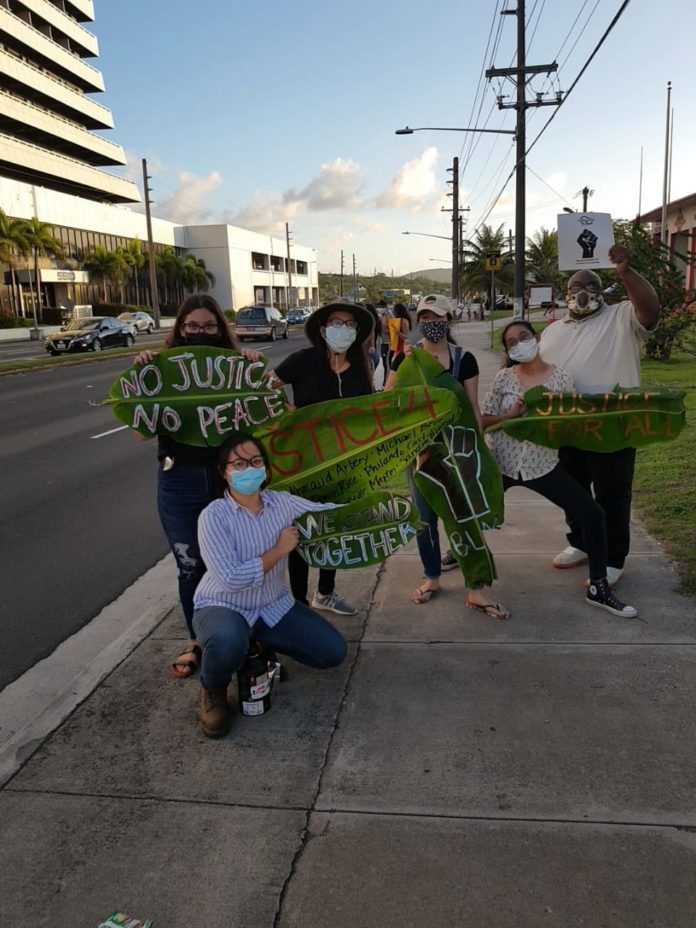 Roughly 100 people gathered at the ITC intersection in Tamuning Monday afternoon to demonstrate in support of the protests stateside over the death of George Floyd who died during his arrest by Minneapolis police on May 25.

The death has sparked widespread protests across the United States, some of which have turned violent. 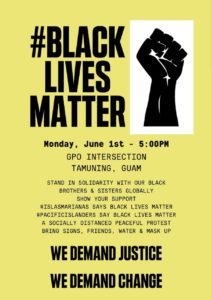 Protesters held signs that read ‘No Justice, No Peace’ and ‘Black Lives Matter.’ They wore masks in keeping with the coronavirus restrictions.

Floyd, a black man, died while being arrested by Derek Chauvin, a white Minneapolis police officer.

Cell phone video of the arrest shows Floyd in handcuffs being pinned to the ground by Officer Chauvin who had his knee over Floyd’s neck for nearly 9 minutes.

Floyd died. Officer Chauvin has been arrested on allegations of third-degree murder and second-degree manslaughter.

“I support the cause for social justice,” said the Governor in response for a request for comment from the Pacific News Center.

“I am a strong advocate for peoples rights to Freedom. This protest is demonstrating the strength to protect justice. Our community of law enforcement continue to protect our rights and serve in the name of safety for all. I do support the right to Freedom of Speech and Expression but it must be responsible and peaceful,” said the Governor. 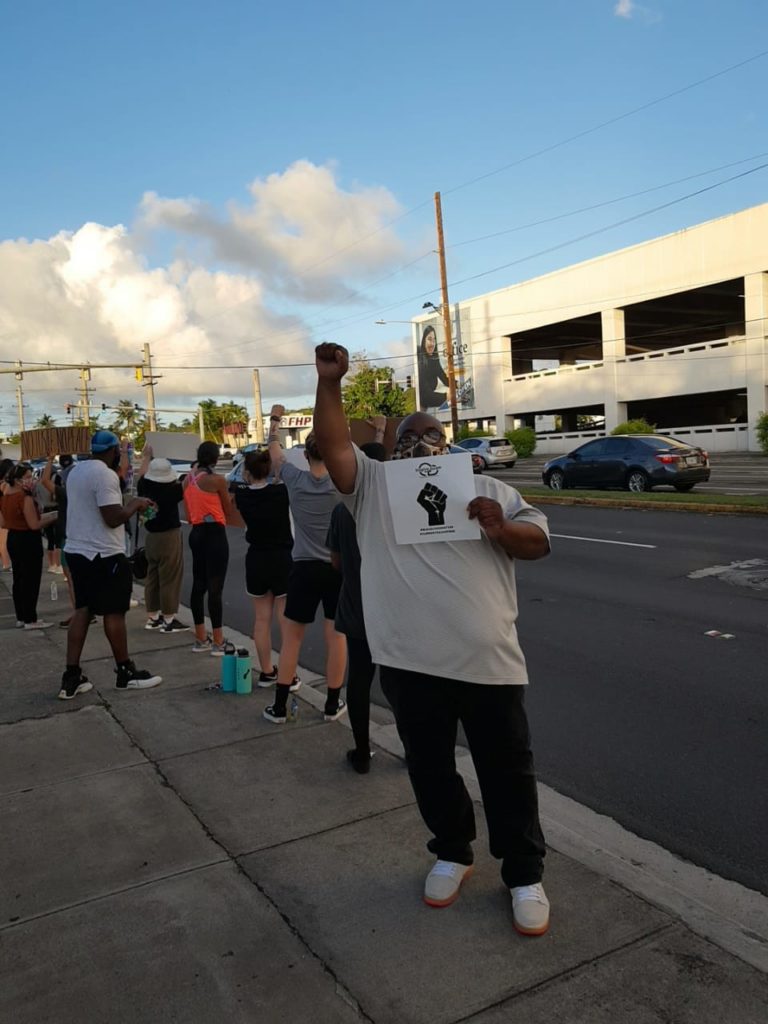 Another protest over the incident is planned on Guam this Friday in front of the Chief Kepuha statutes in Hagatna. 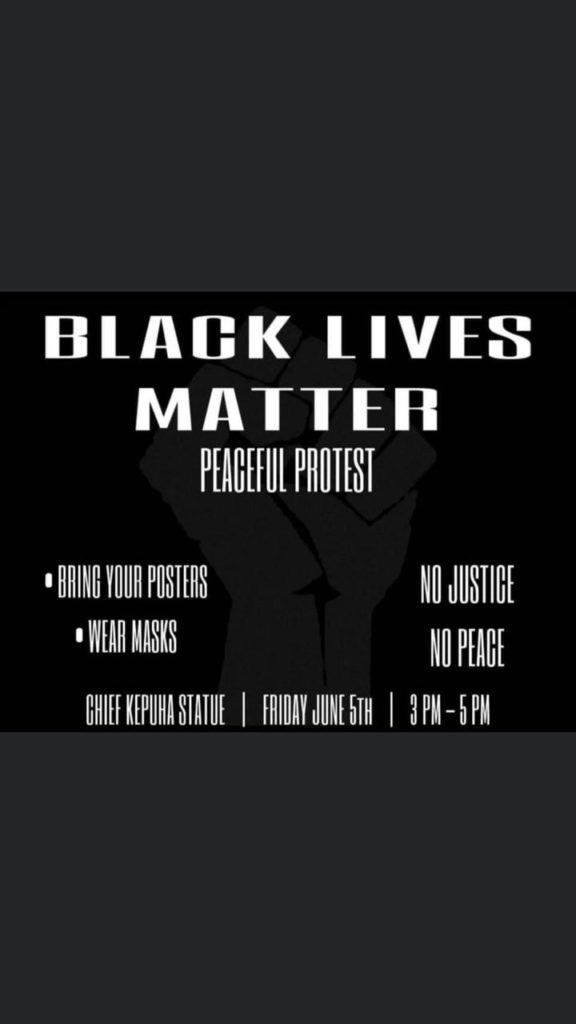