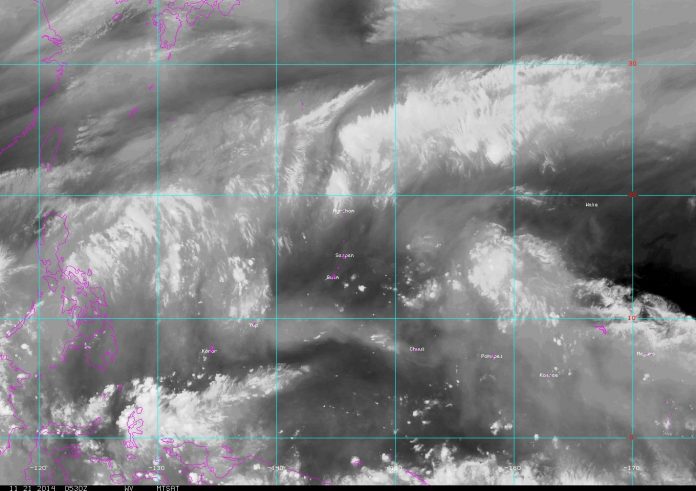 An Area of showers and thunderstorms near Pohnpei is coming close to the Marianas.

Guam – An Area of showers and thunderstorms in north of Pohnpei can bring scattered showers to the Marianas according to the National Weather Service. The disturbance is moving westward and expected to reach near the Marianas on Sunday. Though it is not clear whether scattered showers will prevail, NWS says a chance of rain will increase on Sunday.

“Still not confident in this so kept showers isolated. There were thunderstorms associated with this area,” NWS explains.

However, the weather this afternoon remained benign. NWS says that only a few showers and east trade-wind prevailed across the Marianas. An east trade-wind swell and north swell will persist this weekend.

“An east trade-wind swell will persist through the forecast. The swell will be around 3-4 feet through the weekend. A north swell will also be present through at least Monday night. None of these swells will be high enough for any surf advisories,” says NWs.