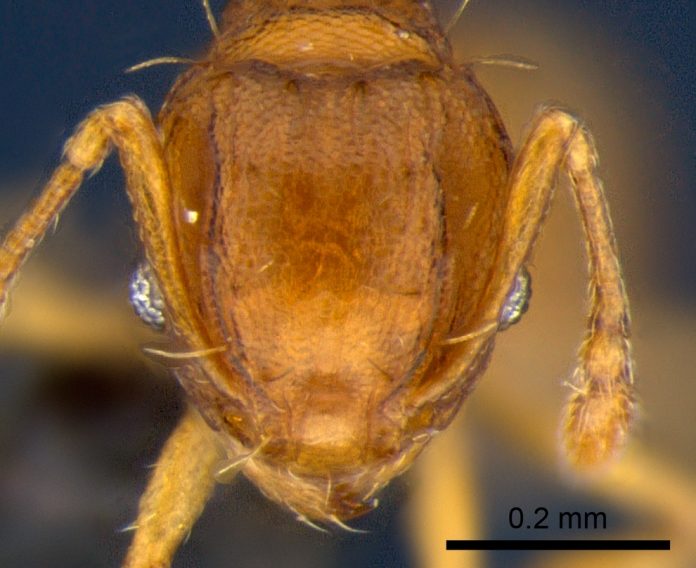 The good news is that a mix of pesticides have been found to effectively kill little fire ant infestations but the bad news is that humans are still spreading the invasive species across Guam.

Guam – There is good news about the little fire ant. UOG Entomologist Dr. Ross Miller says they’ve found a mixture of pesticides that are killing the ant.

Miller says they have already cleared a few sites of the little fire ant using a mix of granular bait with a pesticide called Siesta and a liquid insect growth regulator called Tango. They spread the granules out in the affected area and then spray the surrounding trees. Dr. Miller says this technique will work very well for residential areas pastures and forested areas. The bad news is that “The ant is still being spread by people who are either throwing garbage off the roadsides and particularly in plants that are infested,” said Dr. Miller adding, “This ant is on the move but it’s still primarily moved by people.”

Miller says that the pesticides they’ve been using on the little fire ant are approved by the EPA and are readily available on Guam.