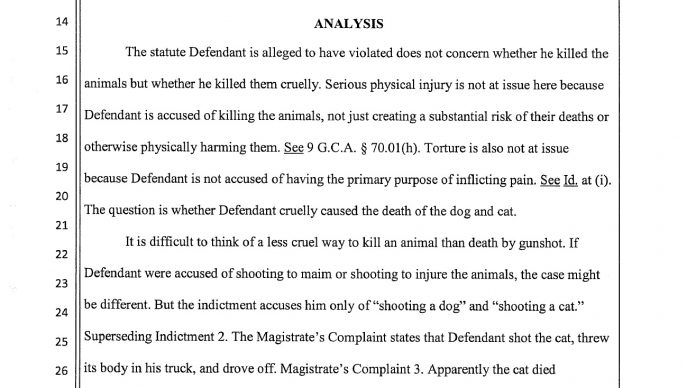 GUAM – For pet owners, animals are more than furry creatures — they are family members. Hence the community’s outrage over the court’s recent decision to exonerate a man who was charged in connection with the serial shootings of dogs and cats in Yigo.

Cruz was charged with animal cruelty in connection with the shooting death of a family pet named “Pugua” on Sept. 27, 2018 in Yigo. More animals were later found fatally gunned down in the same neighborhood. Subsequent investigation led to Cruz’s arrest and prosecution. 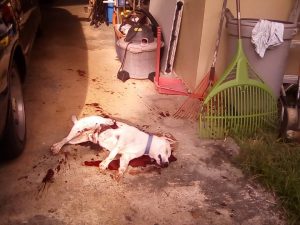 “It is difficult to think of a less cruel way to kill an animal than death by gunshot,” Bordallo said, invoking a Pennsylvania court’s decision that supported a rancher who sought to protect his livestock by shooting a dog.

The judge said Cruz was accused “only of shooting a dog or shooting a cat” and that his action did not establish intention to inflict “mental and physical sufferings on the animals.”

“We’re very disturbed with the ruling that came out last week. According this ruling you can now trespass on private property with a loaded gun, dangerous precedent for Guam,” Cyrus Luhr, president of Guam Animals in Need, told PNC News.

As one of the first cases to feature the indictment of a defendant on a felony level charge of animal cruelty since the statute was enacted in 2011, Luhr was hopeful it would help to dissuade cruelty within the community.

GAIN is asking the Office of the Attorney General to appeal the court’s ruling.

Carlina Charfauros spokesman for OAG issued a statement, saying, “The OAG stands by its decision that the facts of the case support the charges of two counts of animal cruelty as a third degree felony with a special allegation of the possession or use of a deadly weapon in the commission of a felony and unsworn falsification as a misdemeanor. The OAG is reviewing Judge Bordallo’s decision and will make a determination thereafter.”