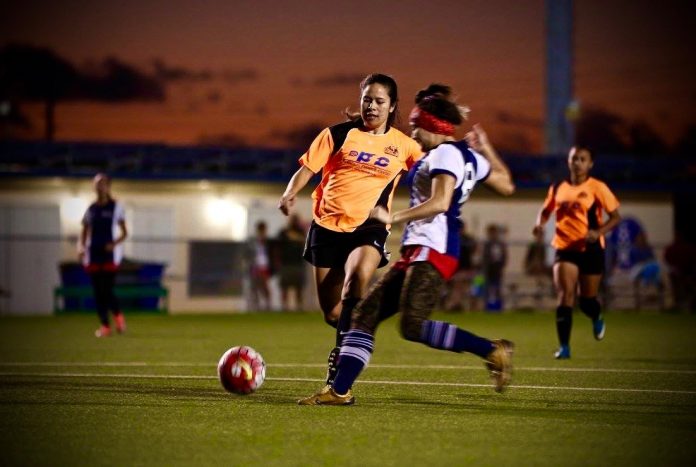 In final week matches of regular season play, the Lady Crushers blanked 2015 Fall season champions Quality Distributors 5-0, led by a four-goal performance from 16-year-old Skyylerblu Johnson. Anjelica Perez also scored for the winning team. The Lady Crushers’ undefeated streak dates back to Nov. 8 last year, after the team bounced back from a 5-4 loss to Quality in Week 4 action of the 2015 Fall season. The Lady Crushers also secured its third Women’s GFA Cup title later in the year.

In other matches, the Lady Rovers salvaged a 2-2 draw with the Isla Paint and Roofing Supply Lady Strykers, enough to secure the No. 2 spot moving into league playoffs. With the score deadlocked at 1-all at the half, the Lady Strykers pulled ahead with a goal from Alexy Dacanay, who took a through ball past the Lady Rovers’ last line of defense for the score. The Lady Strykers almost made it 3-1 moments later when Marea Masnayon finished a Dacanay cross from the right side, but the goal was called back as Masnayon was deemed offside on the play.