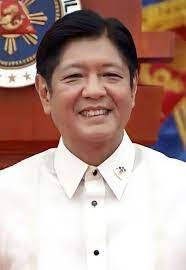 Marcos centered his address around issues the country faces and how he plans to mitigate those issues.

Ferdinand Marcos Jr. arrived in style, touching down on Quezon City by helicopter — waving and shaking hands with those that greeted him as he entered the House of Representatives.

Members of the Government, dignitaries, celebrities, and hundreds of distinguished guests came together to hear the newly elected President’s address.

President Ferdinand Marcos Jr., 17th Philippine President said, “As for the horror stories that we have heard about the poor quality of educational material and supplies that are being given to our schools — this must end!”

President Ferdinand Marcos Jr., 17th Philippine President said, “I will not preside over any process that will abandon even one square inch of territory of the Republic of the Philippines to any foreign power.”

…and pandemic recovery and strengthening the health system, saying:

While hundreds applauded for the President’s speech, thousands more took to the streets of Quezon City protesting Marcos’s address.

Although the wave of protestors represented different groups — some from LGBTQ community, others from church groups and labor unions — they all voiced that transparency is shown and the public’s needs must be met.