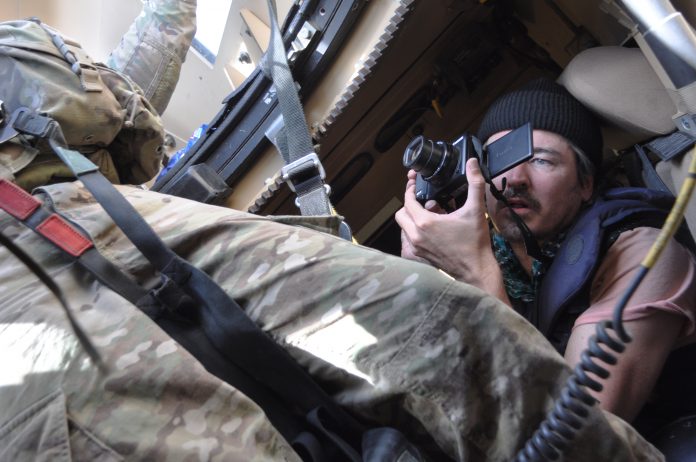 CAMP PHOENIX, Afghanistan — Benjamin “Ben” Bohane’s strides are long, perfectly fitting his 6-foot-3 thin Australian frame. So when he walks with short-statured Pacific Islanders — as he did as an embedded photojournalist with the Guam Army National Guard’s 1st Battalion, 294th Infantry Regiment throughout October — he immediately established conflict with his military escorts.

“Hey, slow down,” a 5-foot-7 Guam Soldier shouts as they prepare to board a plane to Kandahar Airfield in Afghanistan’s Kandahar province. “Take smaller steps. The plane’s not going anywhere without us.”

Bohane turns around and notices his 10-foot lead.

“Sorry mate,” he proclaims in his Australian tone. “Size 12 shoes. I was born with big feet.”

For the next three weeks, there really was no slowing down. Bohane’s pace isn’t because of big feet, but from his passion for Pacific Islanders and a great desire to document, in images and prose, service members serving Operation Enduring Freedom. He insists not just any Soldier, but Pacific Island-born service members.

It seemed fitting the Bohane fell in with Guam. Close to 600 Guam Guardsmen are in Afghanistan. They occupy all six International Security Assistance Force (ISAF) regions, and Guam itself is an international hub for other islanders. Task Force Guam’s battle roster features Micronesians, Samoans, Palauans and residents of the Commonwealth of the Northern Mariana Islands. Bohane was thankful and felt blessed to find these nationalities under one roof, but he wants more.

“It’s my strong belief everyone in the Pacific Islands is united in some way,” said Bohane, now a resident of Vanuatu in the South Pacific. “Nobody really covers the islands. We live in the most special part of the world. I relate to the islands – the beaches, the trees, the salt water.”

With Task Force Guam’s assistance, Bohane ventured to different parts of Afghanistan in search of any and all Pacific Islanders he could find. Things immediately worked as he found a Tahitian with the French Army at North Kaia in Kabul. The Soldier is one of just two Tahitians amongst the hundreds of French soldiers in this camp, he said. A few hours later, when boarding a flight to Kandahar, he met a Tongan Soldier who was part of the ground crew, and a New Zealander traveling on the same flight.

If only things were this easy, Bohane reflected, as he mentioned previous treks into Burma, the Solomon Islands and West Papua. The war in Burma was his first photojournalism stint. He was 19 and covered the toughest part of any war: the rebel side. The same was true in the West Papua conflict, where Bohane won the hearts of the Papuan rebels who clashed with invading Indonesians. He ate, walked and dodged bullets with the rebels, who in turn saved his life several times.

“There have been lots of challenges in covering this region, from having to do serious trekking in jungles and mountains, often trying to avoid patrolling armies,” Bohane explained. “There have been dodgy boat trips, hot landings on occupied beaches, and a few near-misses. But on another level, the big challenge is always winning local people’s trust so that I can do the job that needs doing.”

Bohane‘s Pacific adventures of war, conflict and religion are documented in his book Black Islands: Spirit and War in Melanesia released in September 2013. This black-and-white photography lineage displays about two decades of his work. He presented this book to Lt. Col. Michael Tougher, Task Force Guam commander, who in turn initiated Bohane into the Omnipotent Order of the 294th Infantry as a True Guardian of the Right, an honor rarely bestowed to non-military personnel.

“It’s just Ben’s ability to blend in as one of us. It’s his life as a Pacific Islander that made it easy for us to understand him, and vice versa,” Tougher said. “He’s welcomed into our home on Guam whenever he wants to come back with us.”

Jump back two paragraphs, or in Bohane’s case, to a forgotten time, to “black-and-white photography.” The antique Leica camera strapped around Bohane’s neck makes a first impression of ‘You’ve got to be kidding me’, or ‘Dude, you seriously gotta upgrade’, for those initially meeting him. But Bohane defends himself well, letting others know the 35-mm film camera still functions great, has served him for all of his nearly three decades of photography, and has traveled more miles than the average man ever will.

Bohane laughs and responds, “If it’s good enough for you, stick with it.”

But it’s no laughing matter to see Bohane’s love for photography. When people see black and white photos, he sees color in them. He sees definition in the subject, and uniqueness of its presentation. Bohane is ‘old school’, but there’s nothing wrong with his vision. He tucked nearly 50 black-and white film canisters into his camera bag (again, old school and out-dated) and used all of them in a span of three weeks.

“A lot of people are looking for that one photo that will be their claim to fame, but I don’t think that exists,” Bohane said. “I think a person will be defined by the number of things he has done, not just one thing.”

A contributor to Australia-based Wakaphotos, Bohane has the largest individual photo archive of the South Pacific. Prestigious places like the New York Metropolitan Museum of Art, British Museum and Australian War Memorial collect Bohane’s products. He has also had his work featured in Time, Newsweek, Vanity Fair and other worldwide popular publications.

His current work will be featured on http:www.pacificpolitics.com and in upcoming documentaries.

Afghanistan isn’t Bohane‘s world, but he still tracks down Fijians, Papua New Guineans, Chuukese, Hawaiians and, of course, Australians. Aside from their Pacific unity, the islanders have one big thing in common: an Afghanistan exodus in the coming months. The drawdown of NATO coalition forces by next year means a lot of nations will not come back.

Not all events, though, turned to Bohane‘s favor. He tracked down a Tongan unit on Camp Bastion and fully explained his intent. But they refused to accommodate him. He reiterated his purpose and immense love for the Pacific, but the Tongans apparently did not care.

Bohane did not find any Marshallese or New Caledonians. Nor did he come across a “Ni Vanuatu,” he said. They may be somewhere in Afghanistan, but Bohane ran out of time to search. There is another reason why Bohane‘s strides are long. There is so much the Pacific Islands have to offer – aside from conflict, wars and religion – that even after 25 years, Bohane feels like he is just taking the first few steps.

Taking pictures in a tight, bumpy military vehicle is still a challenge for renowned photojournalist Ben Bohane, who attempts to shoot a Guam Army National Guardsmen late October during a mission in Kabul, Afghanistan. For close to 30 years, Bohane has covered conflicts throughout the Pacific Islands including wars in Burma, West Papua and Solomon Islands, where he has trekked alongside rebels deep in humid island jungles. He journeyed to this Middle East location to photo-document islanders supporting Operation Enduring Freedom. Growing up in Australia and now living in Vanuatu, Bohane’s passion is “for the islanders of the entire Pacific” and has demonstrated that in his Black Islands: Spirit and War in Melanesia book released last September. (U.S. Army National Guard photo by Sgt. Eddie Siguenza/Released) 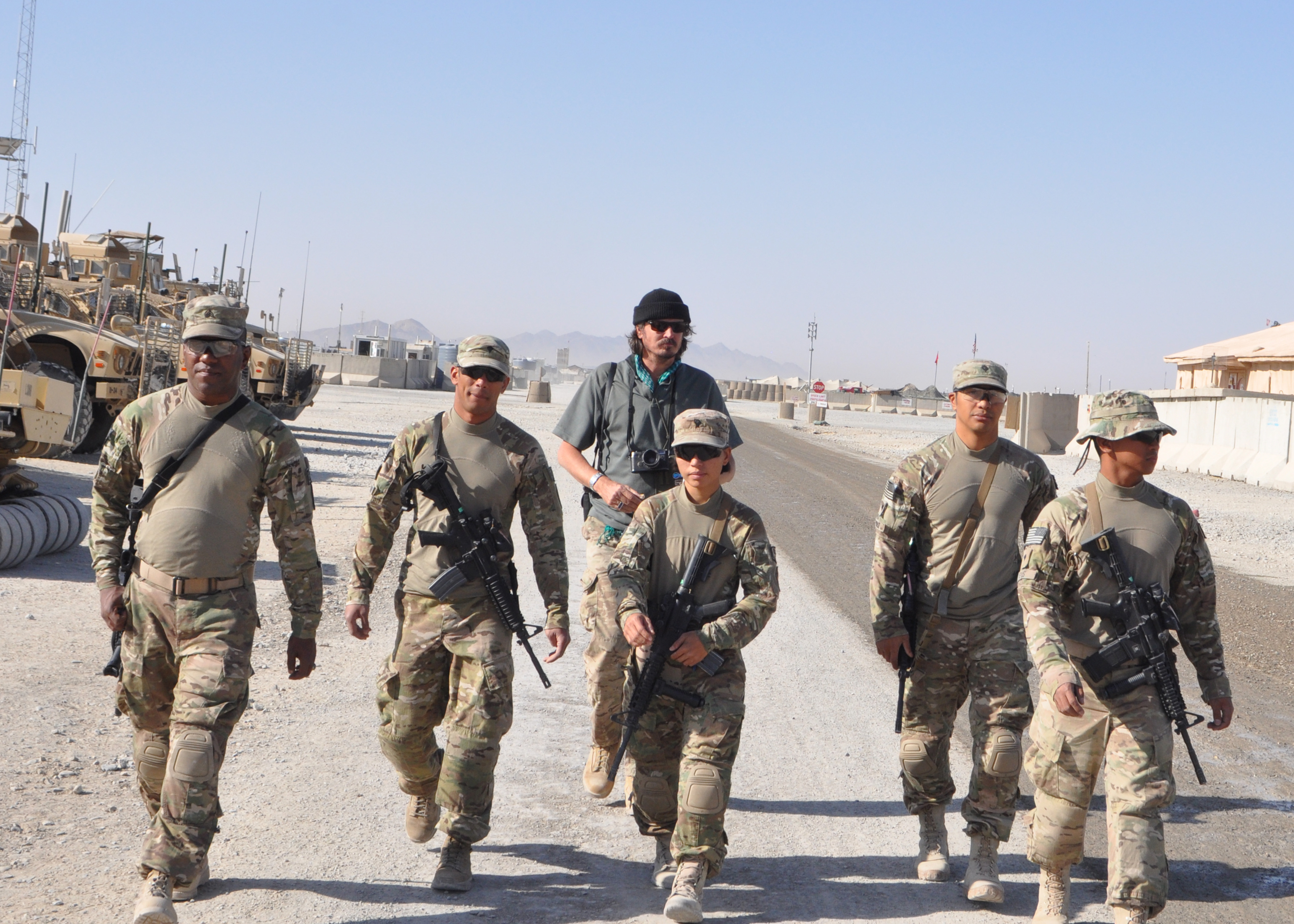 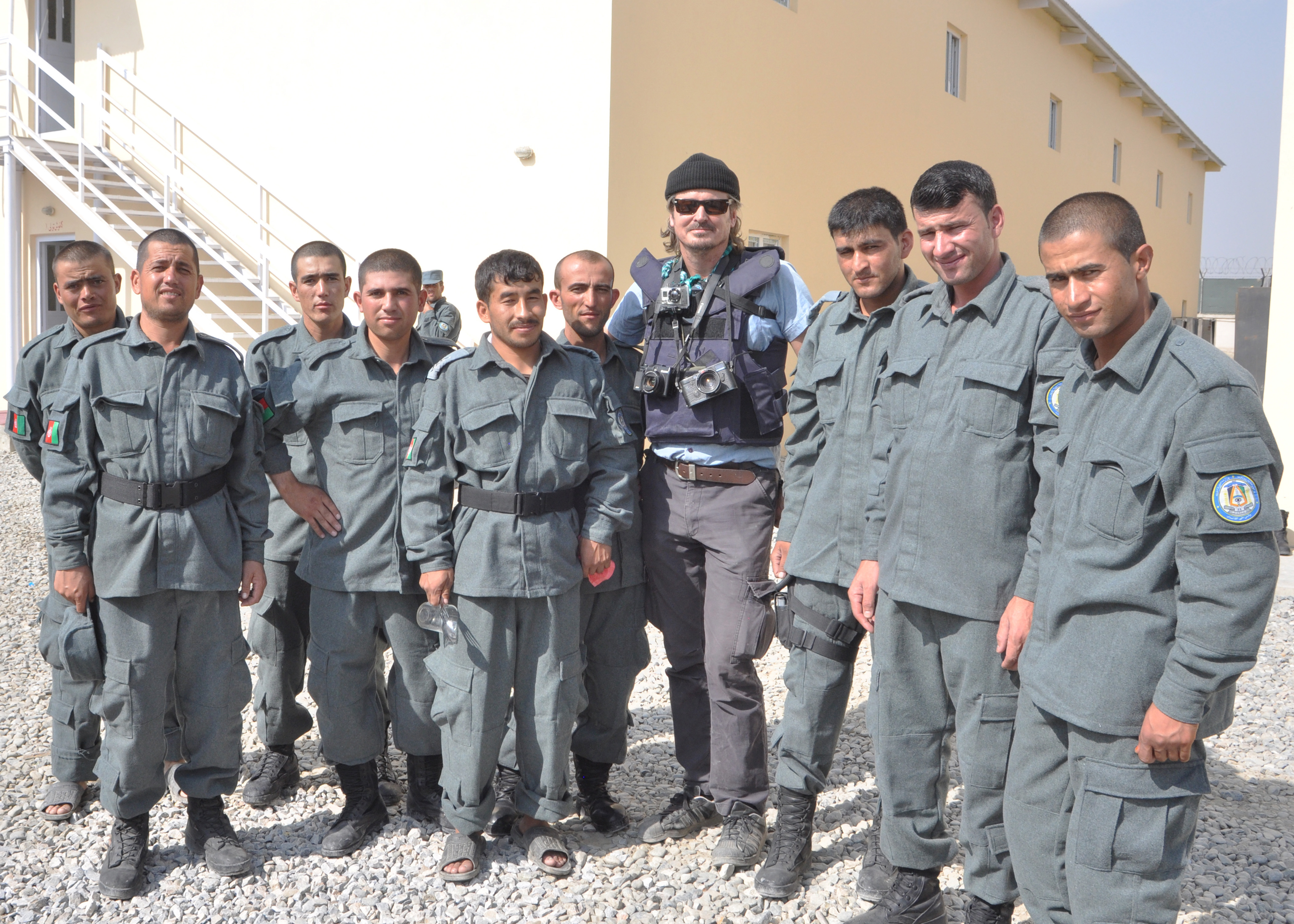 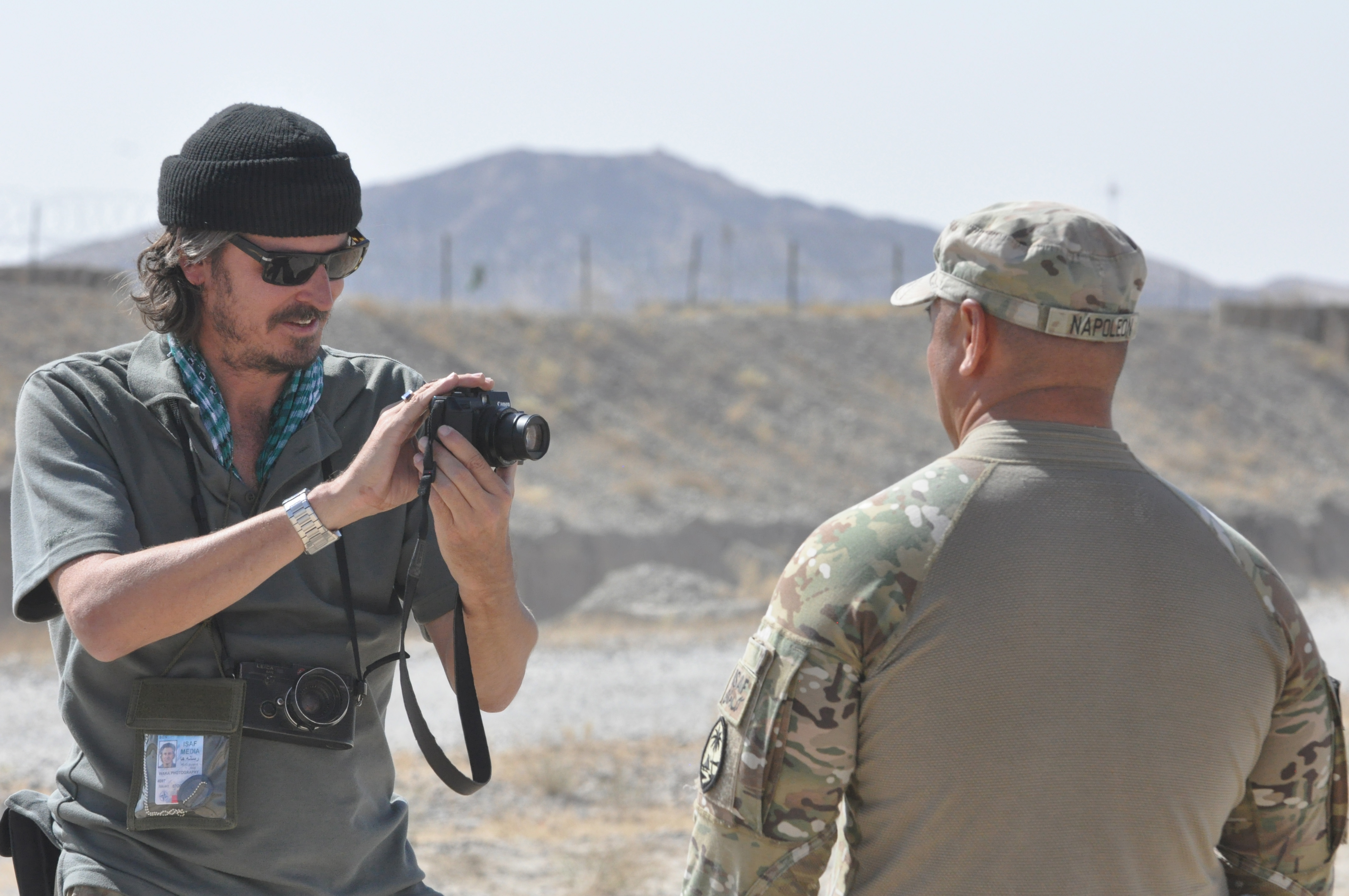 Freelance photographer and journalist Ben Bohane has had an inkling for his profession since landing his first photography job in the 1980s. He has traveled throughout the Pacific Island region covering conflicts, including harrowing stints in Burma and West Papua. In October he focused on Pacific Islanders serving Operation Enduring Freedom such as Staff Sgt. Richard A. Napolean of Foxtrot Company, 1st Battalion, 294th Infantry Regiment, Guam Army National Guard, a Samoan native currently residing in Guam. (U.S. Army National Guard photo by Sgt. Eddie Siguenza/Released) 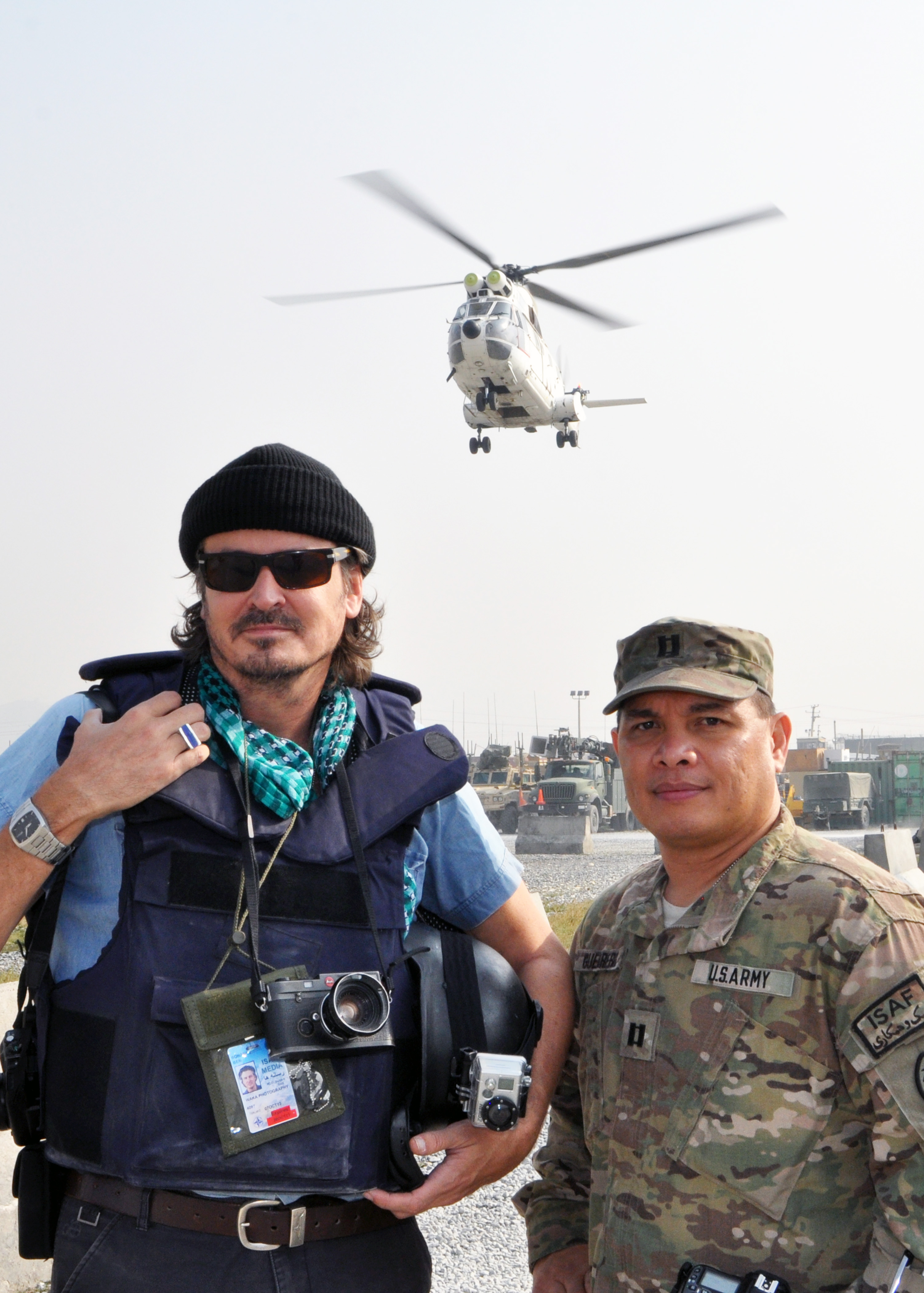 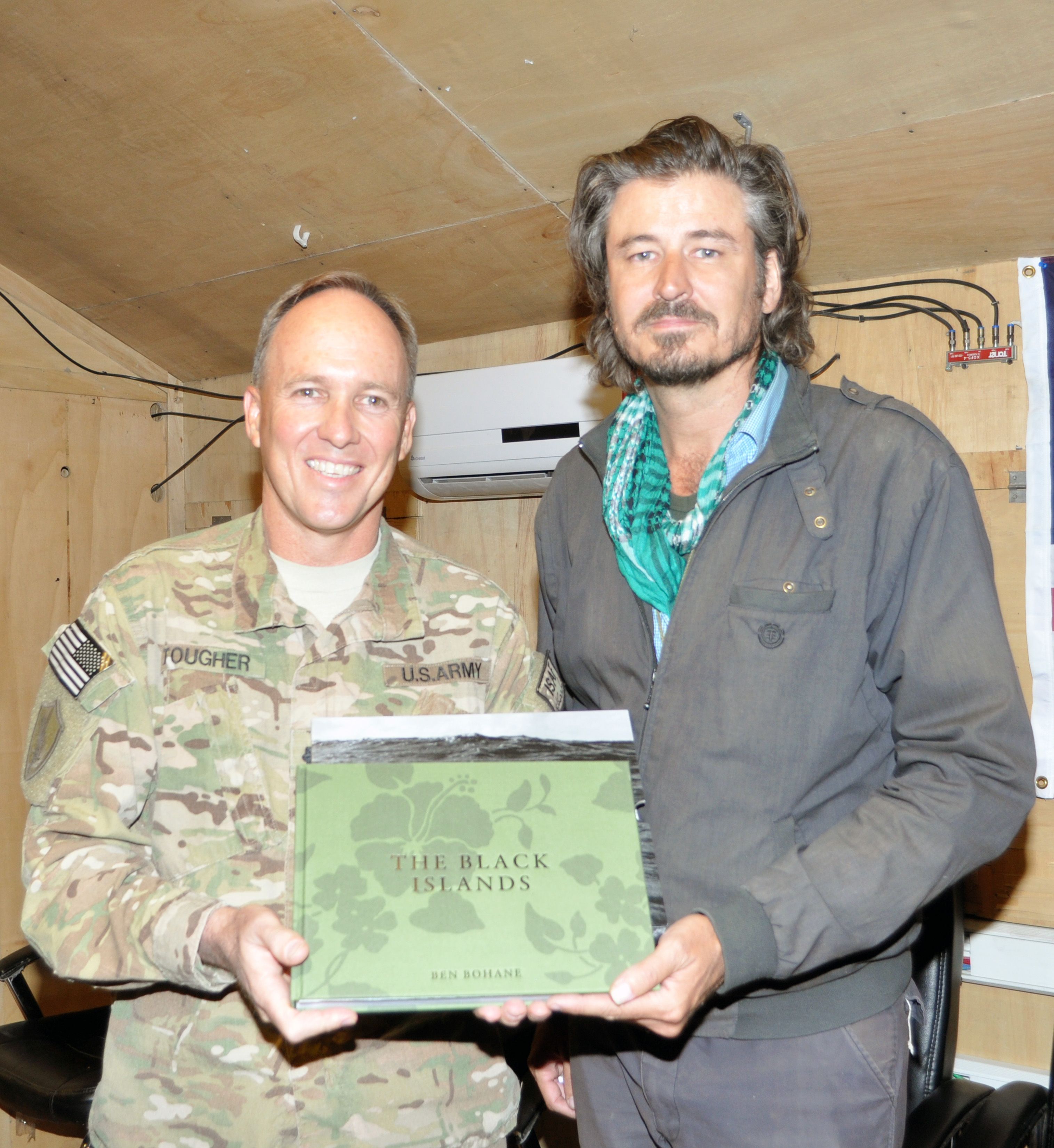 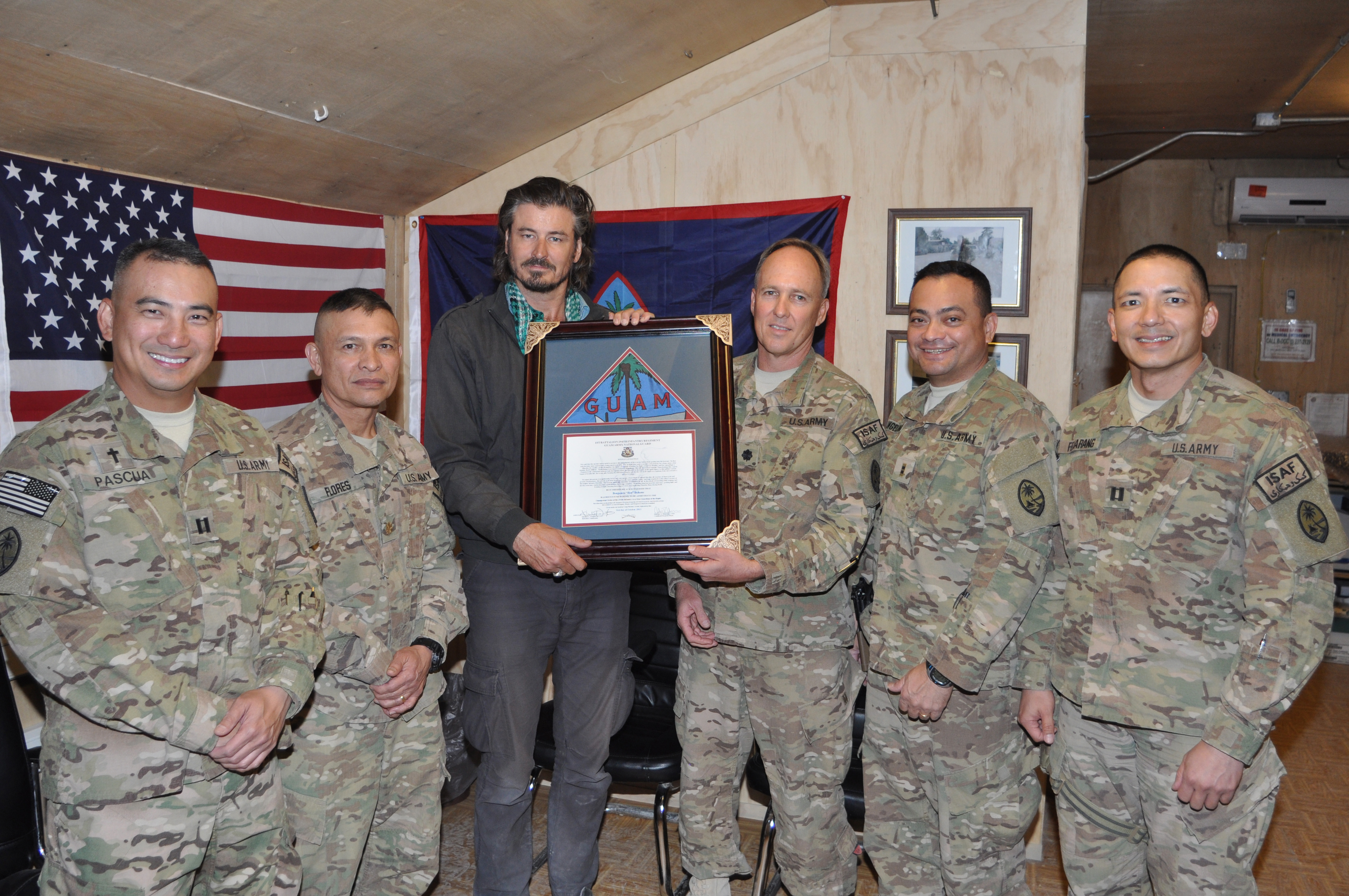