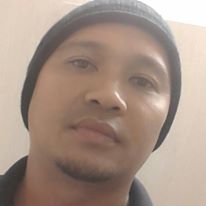 Torre Jr, who’s accused of shooting to death veteran police officer Bert Piolo, is on house arrest at his Yigo residence where the alleged murder took place in July.

The ruling was met with criticism, especially from the Piolo family. Edison Piolo posted several video messages on Facebook.

“My brother never misses every year a ride. He always rides with his friends, colleagues, coworkers, best friends, paris. Now he doesn’t get to ride anymore. So I’m riding his bike. That’s what happens when somebody takes your brother’s life away and that guy is just sitting at home with the dad, chilling, maybe planning something. Who knows. But this is us, the victim. We are the victims,” he stated in his message.

You can view the entire message on our PNC Facebook page.

Meanwhile, jury selection and trial for Torre Jr. is tentatively set for February 8, 2016 at 1 pm.