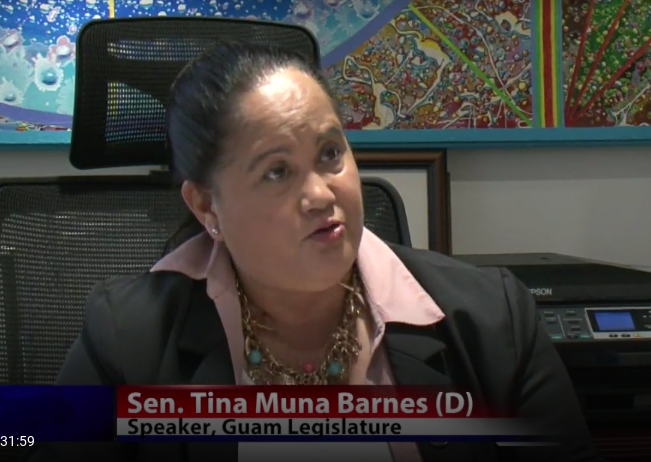 The Guam Film Office is an unfunded mandate that could potentially create a multi-million dollar industry and open hundreds of career opportunities for the island’s creatives. PNC presents part-one of our coverage on the development of the Guam Film Office.

For 8 years, the Guam Film Office has been dormant due to the lack of several key components, such as the adoption of the rules and regulations governing the body.

Speaker Tina Muna Barnes introduced the legislation that would eventually become Public Law 31-159, the statute that supported the creation of the film office.

In an exclusive interview, Muna-Barnes told PNC why the film office is important to the island.

“We talked about literally having an agency where off-island folks can come to as it relates to the fees, assurances, locations, the supplies, the labor, the ground crew, the expertise that was needed here. And what better way than to advocate for our people, jobs, and having all that, ’cause we do have it here,” Muna-Barnes said.

The global film industry is moving fast, according to Muna-Barnes. But how can the GFO create opportunities that will work for Guam?

“What we have failed to do as an organization, as a government, is to be able to capture the millions of dollars that we could have been receiving to have this film office to be implemented to its fullest capacity. And I tell you that when we put this on the floor we talked about the multi-million dollar industry that it could have. Everybody who has anything to do with film-making here in Guam understands all that,” she said.

On average, Guam generates between $9 million and $13.5 million every year from filming activity, according to the Guam International Media Coordinators Association (GIMCA). The association is a self-promoting non-profit group that manages the customs and immigration process for foreign production companies.

The private companies that form GIMCA provide various services for the visiting production teams. They come here to Guam to shoot TV commercials, music videos and even do location shoots for Korean soap-operas.

But these aren’t the only filming activities that are attracted to Guam. Speaker Barnes said she was approached by a famous, globally recognized production company for a documentary.

The project did not pan out. The production company “wished that the government had a better agency who could tell them the do’s and don’ts on the island of Guam,” according to Muna-Barnes.

As an advocate of Guam’s film-making entrepreneurs, the speaker said she will continue to push for the establishment of the film office. PNC will continue to cover this story as it develops.