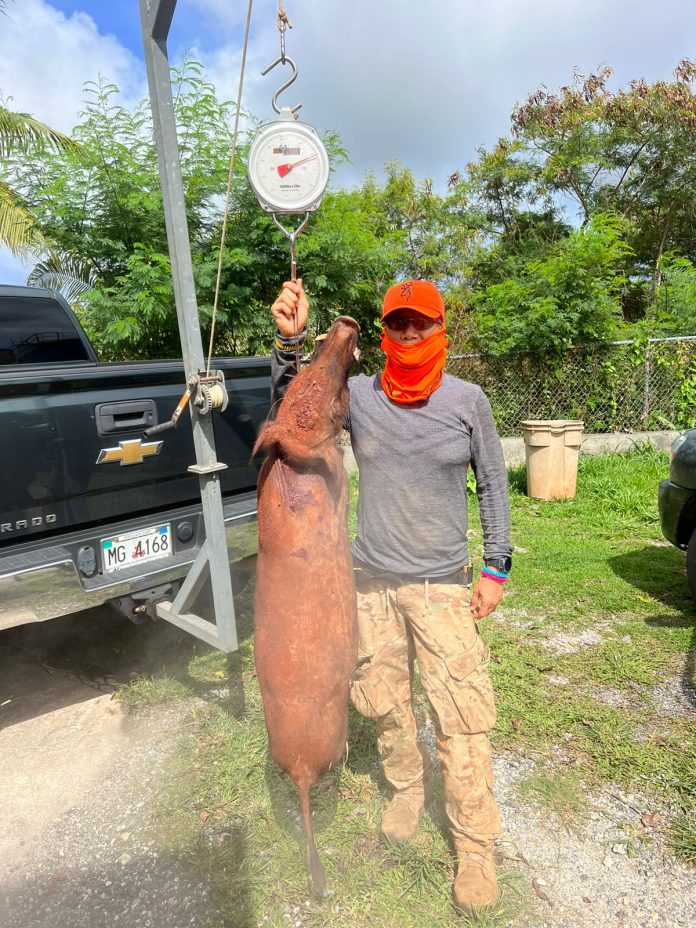 Over the weekend PNC had the chance to follow local hunters as they participated in the Department of Agriculture’s annual Babui Derby.

This past Saturday, during the hours of 5 am to 8 pm, local hunters took to the jungles of Guam to capture their prize.

Hunters were required to check-in, in either at the Yigo or Talofofo derby stations prior to their hunt.

As PNC previously reported, participants can either use a firearm, which is a shotgun only or bow.

In an interview with PNC, avid hunter, Joe Hernandez said that this is his 5th year participating. According to Hernandez, there’s a running joke within the hunter community that the pigs of Guam know when the Babui Hunt is happening and disappear.

Furthermore, Hernandez also explained his beliefs on why the babui hunt is beneficial for the island and the community.

Joe Hernandez, Hunter stated,  “I’m trying to help control the population, they’re very damaging to the environment. Big ups to the Dep. of Agriculture for doing this effort to control the pig population and I think we should do it more than once a year.”

Hernandez and his hunting partner – Joe Garrido signed up under the firearm category and gave us a rundown on what happens when they pull the trigger.

Joe Hernandez, Hunter stated,  “These bullets, so inside here there’s 9 pellets. When you shoot it they come out spreading. So you got to get within 50 or less yards to get a clean shot to put it down.”

Hernandez, and Garrido, also gave us some tips on how to spot signs showing that pigs frequent that part of the forest.

Joe Hernandez, Hunter stated, “They dig these holes, and this is one of the problems, what they do is when they dig these holes, and whatever little seedlings are growing, they’ll die because they got dug out. Basically, they’re looking for little grub worms or whatever, they’re eating them. And also when this gets wet with mud they’ll bathe themselves in here.”

Another sign, according to Hernandez, is to look at the bottom of trees and see if there’s mud. As the pigs would use the bottom of the trees to either scratch their backs or to wipe off the mud.