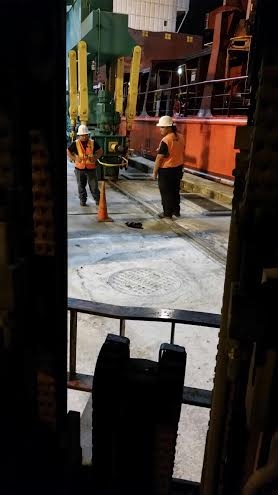 A picture of hole in a port pier has been sent to PNC.

Guam – The Pacific News Center has received a copy of a picture of a hole in the ground near one of the wharfs at the Port Authority of Guam.

According to a source, this picture was taken at the F4 pier. Our source says that the hole formed after a section of cement in the area near the gantry rails collapsed. Port Authority general manager Joanne Brown is on leave. PNC left a message for acting GM Felix Pangelinan but he did not return our calls as of news time.