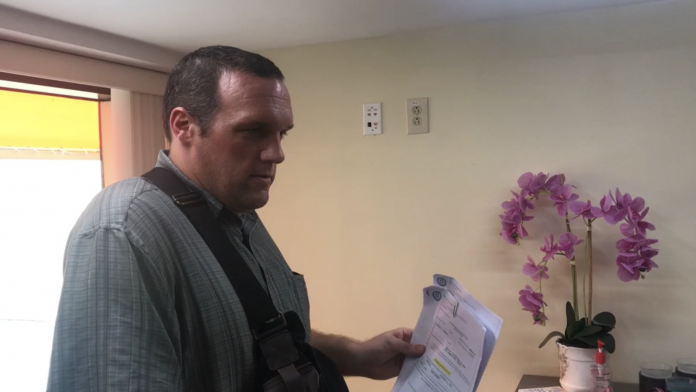 Guam – While the Lt. Governor Ray Tenorio was busy visiting residents affected by the typhoon and defending his reputation, the Attorney General’s Office was busy building their case against the lt. governor.

Assistant Attorney General James Collins personally visited the Sorensen Media Group offices today to hand deliver a subpoena which calls for a representative from our company to appear at the lieutenant governor’s arraignment scheduled for October 3 at 2 p.m.

The subpoena requests that we provide any video or audio recordings, photos or any other records generated by our employees during the July 7 BBQ Block Party where the infamous gun grabbing incident occurred.

The AG’s Office is also asking that we provide copies of any interviews we did with Tenorio regarding the case now filed against him. You can read the subpoena online at pacificnewscenter.com