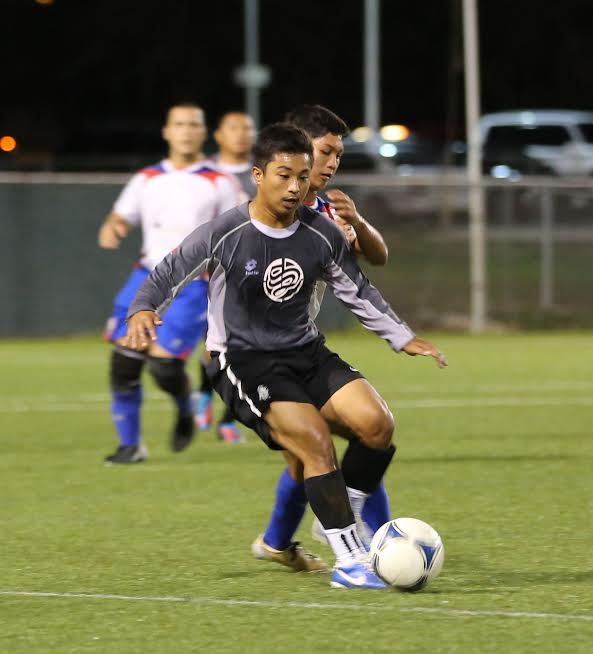 Guam – A new champion will be crowned in the Bank of Guam 7th Annual GFA Cup following the early exit of Quality Distributors FC to the Southern Cobras in a quarterfinal match at the Guam Football Association National Training Center.

Down 2-1, the Cobras capitalized on a corner kick play to level the match with just a few seconds left on the clock. The Cobras’ Jeremy Copple, positioned near the inside post, drew in defenders after getting a touch on the ball and sent it backwards across the goal. With the ball just teasing the goal line, the Cobras’ David John Cruz slid into the goal box for the equalizer just before center referee David Drews blew the final whistle of regulation time.

The Cobras drew first blood in extra time, with Cruz launching a long-range rocket that had Quality goalkeeper Brett Maluwelmeng diving to attempt a save. Quality’s Kaito Inoue later leveled the match again in the 103rd minute, just a few minutes before the whistle signaling teams to change sides on the field.

A goal by Austin Cruz to start off the second half of extra time put the Cobras up again by one, but Quality ran out of time to score again, missing shot opportunities and in one instance, having a goal rescinded in the final minutes on an offside call for the final 4-3 score.

[Photo: The Southern Cobras’ David John Cruz stays in control of the ball as Quality Distributors FC’s Joshua Mendiola closes in on defense during a quarterfinal match of the Bank of Guam 7th Annual GFA Cup at the Guam Football Association National Training Center. The Cobras upset the 2013 champions 4-3 to advance to the semifinals set for Sunday. Photo courtesy of Jill Espiritu.]

For the first time since the inception of the single-elimination tournament, Quality, a four-time winner of the GFA Cup, will not make a finals appearance.

The Cobras will next face the Rovers DI at 7:30 p.m. Sunday in the semifinals, after the Budweiser Soccer League champions dismantled the Paintco Strykers 9-0 in another quarterfinal match of the tournament. Ian Mariano scored four goals and teammates Regis Cavalie, Natsuki Recella, Tony Flores, Antonio Prieto and Jason Cunliffe also scored in the Rovers DI victory. 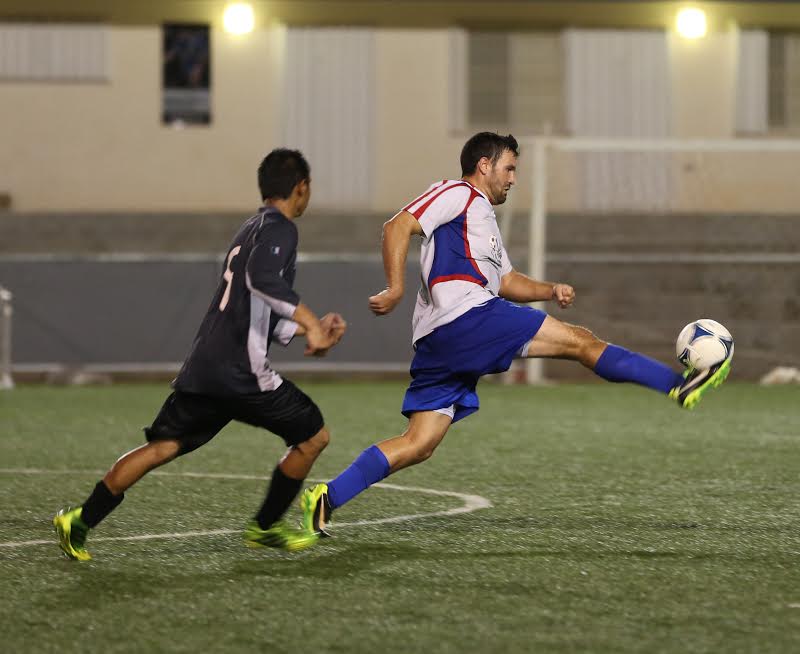 [Photo: Quality Distributors FC’s Aaron Scott extends to gain control of the ball against the Southern Cobras during a quarterfinal match of the Bank of Guam 7th Annual GFA Cup at the Guam Football Association National Training Center. The Cobras upset the 2013 champions 4-3 to advance to the semifinals set for Sunday. Photo courtesy of Jill Espiritu.]

Guam Shipyard will meet last year’s runners up, Table 35/Fuji Ichiban Espada FC in the tournament’s other semifinal, scheduled to kick off 5 p.m. Sunday. Espada ended Big Blue’s magnificent run to the quarterfinals, winning 4-0 with a pair of goals from Andre Gadia and one each from Raymond Macias and Mark Chargualaf.

An updated schedule is available online at http://www.guamfa.com/all-leagues-mens-gfa-cup-results