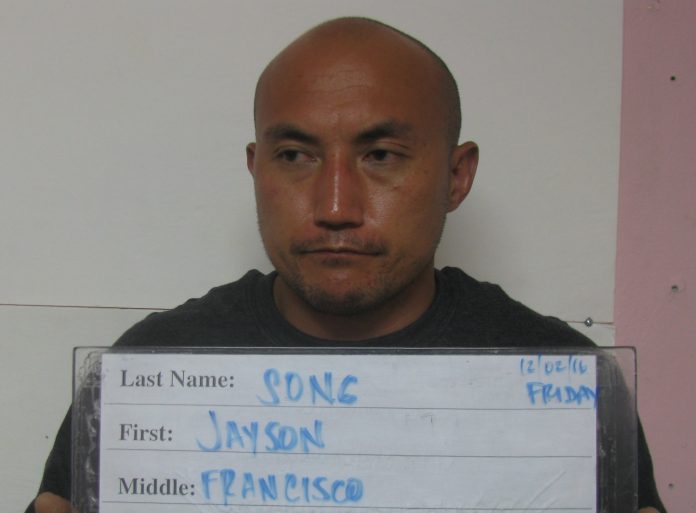 A photo circulating on social media of police officers with their guns drawn at a vehicle at the Oka Payless parking lot shows police apprehending an alleged child rapist who had been on the run.

According to GPD Spokesperson Capt. Kim Santos, 35-year-old Jayson Francisco Song was reported to GPD by a female minor in August of this year for sexually assaulting her several times during the course of a day.

The Guam Police DART conducted the investigation and had made numerous attempts to locate the suspect. Santos says Song was finally apprehended at the Oka Payless parking lot in Tamuning yesterday.

He was charged with kidnapping, child abuse, first-, second-, and third-degree criminal sexual conduct, and felonious restraint, among other charges. He was booked and confined.