A man who was alleged to have sexually assaulted a teen girl in 2019 has finally been arrested earlier this week.

Court documents describe the events of November 18th, 2019, when a minor on her way home from the store was grabbed and dragged into the jungle. It was in the jungle where Jesse James allegedly sexually assaulted her.

Security footage from a nearby establishment identified James as a person of interest 2 days after the incident. Within 2 months, investigators questioned James about the incident, but no arrests were made.

2 days after the incident, a tip identified James through security footage of a nearby establishment.

No arrests were made within the 2 months investigators questioned James. “However,” said Ignacio, “there was insufficient evidence gathered at the time to move forward with an arrest.”

DNA samples were sent off-island for testing to compare the items found at the crime scene with James’s DNA. The analysis was only completed and received last week, over 2 years since the incident.

Concern was raised at a press conference over the length of time it took GPD to make a formal arrest. “The FBI does analysis for the entire United States,” explained Ignacio. “In my 34 years of experience working with the FBI, turn-around time is anywhere between 18-24 months.”

Ignacio said that they hope to have the DNA Crime Lab at Guam Community College fully operational, complete with equipment and trained staff, within the next 2 years.

At the conference, Ignacio also addressed the steady trend of sexual assault on the island and encouraged victims of sexual violence to come forward about crimes as the GPD can’t take action unless it’s reported. “And I think we’ve done a good part with our partners, our community partners in making sure we provide education and awareness on how to report crimes, sexual assault, and bringing it to light.

“Thanks to our community for staying vigilant and helping us out with the Crime Stoppers program for providing us with the tip that led to the eventual arrest.” 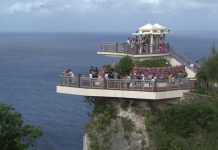 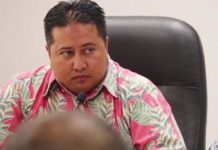 CNMI Governor Ralph Torres was acquitted on all 6 charges of Impeachment.