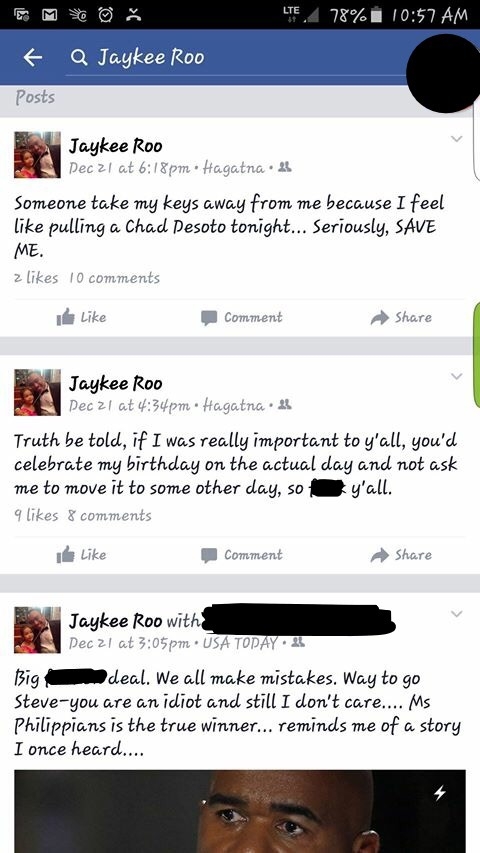 Jacob Mafnas was charged with terrorizing. He was booked and confined.

Guam – Thanks to the quick reaction of social media, police were able to potentially stop another man from murdering others in the way that Chad DeSoto did nearly three years ago.

In it, he writes,“Someone take my keys away from me because I feel like pulling a Chad DeSoto tonight … Seriously, save me.”

Chad DeSoto is infamously known for the February 2013 Tumon rampage tragedy that left three people dead and 11 others injured.

DeSoto was convicted of driving his car through a crowded Tumon sidewalk then jumping out and stabbing people at random.

Mafnas, according to police, was upset that no one wanted to celebrate his birthday.

In another post on Mafnas’ Facebook page, posted about two hours before the “DeSoto” post, it says, “Truth be told, if I was really important to ya’ll, you’d celebrate my birthday on the actual day and not ask me to move it to some other day, so [expletive] ya’ll.”

Mafnas was booked and confined.