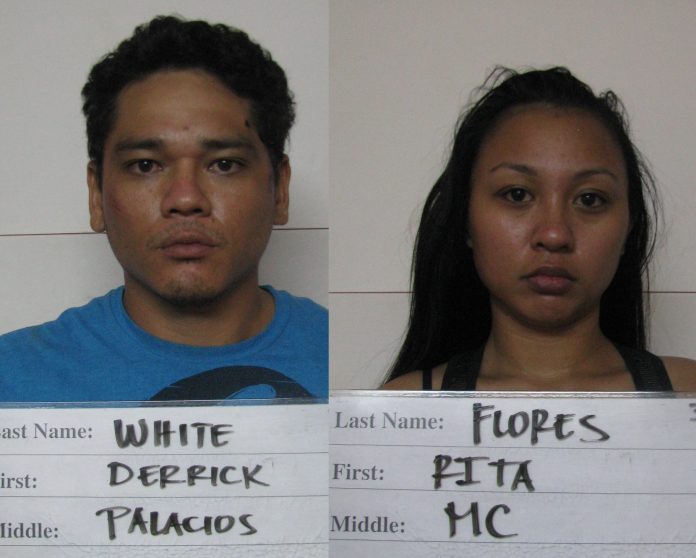 The collaboration of the Mandaña Drug Task Force and the Guam Police Department led to the arrest of two drug suspects.

Guam – According to Guam Police Department Spokesperson Capt. Kim Santos, 31-year-old Derrick Palacios White and 23-year-old Rita M.C. Flores were apprehended after they refused to pull over at a traffic stop yesterday afternoon near the entrance to Marbo Cave on Route 15. Police observed that the vehicle had a cracked windshield.

According to a magistrate report, White refused to stop even with an officer in pursuit, and continued to drive recklessly towards Latte Heights. The high-speed chase ensued until White stopped his vehicle near the Guam International Raceway in Yigo. The suspects attempted to discard drugs and drug paraphernalia, which were recovered in and around the vehicle. White attempted to escape on foot, leaving Flores in the passenger seat, who admitted to police she was concealing marijuana in her bra. Court documents say White told police he attempted to escape because he was on parole and had ice in his vehicle.