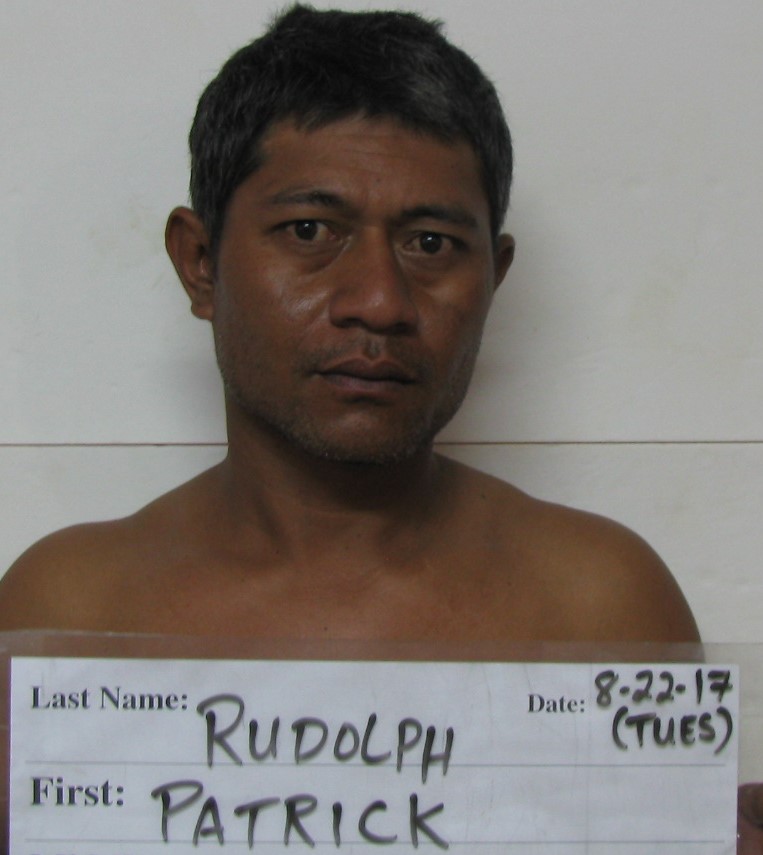 Rudolph matched the description provided by police of the suspect who attacked a cashier with a kitchen knife.

Guam – The manhunt for stabbing suspect Patrick Rudolph has ended, thanks to a tip from a concerned citizen who reported seeing Rudolph in Yigo early Tuesday morning.

A report of a male individual matching the description of Patrick Rudolph, who was wanted by police for allegedly stabbing a female cashier in the head at Bang’s Market in Yigo, has come to a close.

In the early morning hours authorities received a call that Rudolph was seen walking along Gayinero Road towards D.L. Perez Elementary school. Rudolph was wearing a green camouflage jacket and red shorts, matching the description of the attacker at Bang’s Market.

Rudolph was taken into custody without incident and transported to the Dededo Precinct for further investigation.

However, it appears that this is not the first time Rudolph has had a run-in with the law. In fact, according to court documents, Rudolph’s rap sheet dates back to 2003 and includes an arrest for terrorizing in 2009.

In the latest case, Rudolph was arrested for aggravated assault, use of a deadly weapon in the commission of a felony and retail theft. He was booked and confined.