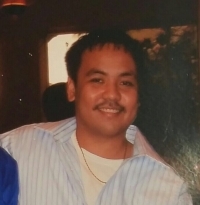 Guam–  Authorities are searching for a missing man. Carlo Supnet, 31, was last seen driving a red 2012 Toyota Corolla. Supnet is described as being of Filipino descent. His family reported to police that he may be showing signs of depression.

Guam Police acting Spokesperson, Sgt. Elizabeth Flickinger, confirmed that the red Corolla is also missing and that he was last seen with it at the Westin Resort on the morning of August 7th. The license plate number is: SR1557.

Police are asking for the public’s help in locating this man. If you have any details regarding this search you’re asked to call your nearest precinct or call 475-8473.