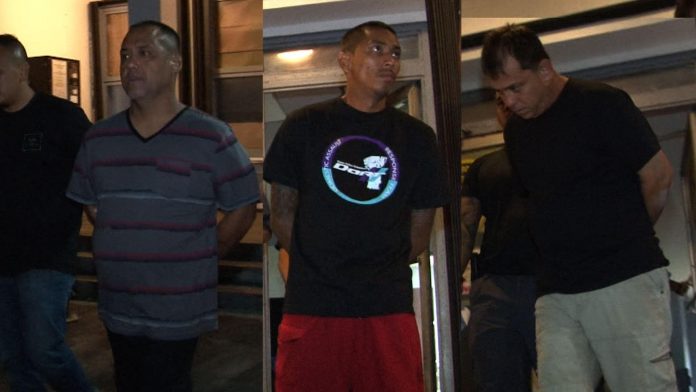 GPD Spokesperson Paul Tapao told Mornings with Patti listeners this hour that detectives have arrested three men in relation to the Barrigada robbery. Tapau commends police diligence and the community’s involvement in feeding vital information to GPD as major factors that led to the arrest.

A source told GPD that they had seen the blue Toyota coupe involved in the robbery at the Circle K/76 gas station in Barrigada prior to the robbery. Police detectives visited the service station and discovered through surveillance footage that the two men who carried out the parking lot robbery had met with a third man, later identified as an employee at Crown Bakery.

The three men, including 38-year-old William Pelkey, 26-year-old Manuel Camacho Babauta and 47-year-old Arnold Morato, the bakery employee, were taken to the Tiyan headquarters and questioned. All confessed to their roles in the robbery.

The men have been booked and confined, and their case forwarded to the Attorney General’s Office for prosecution.