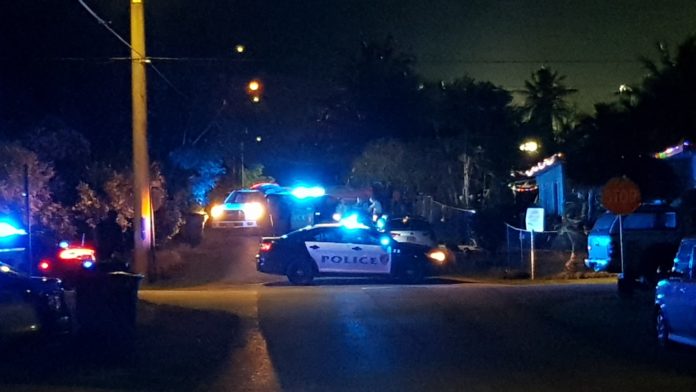 Guam – The man who police say accidentally shot himself in the chest last night has passed away.

This morning PNC was able to confirm the identity of the individual as 38-year-old Davin Pablo. According to Naval Hospital Public Affairs Officer Justine Matanane, Pablo was brought into the emergency room last night where he died from his injuries.

Last night police responded to a report of an injured person on Jose P Cruz Street for what was initially believed to be a possible shooting. At the scene PNC met with GPD Spokesperson Officer AJ Balajadia and discovered that the incident involved one individual but did not involve a gun.

“We are looking at it possibly being a rescue flare that was set off by accident,” stated Balajadia.

GPD blocked off the road way as they conducted their investigation and according to Balajadia there were two other individuals present at the home at the time of the incident. “But preliminary findings are that the individual possibly sustained a upper chest wound due to accidental self infliction. So that’s how we are looking at it at this point.”

As of today GPD is still conducting an investigation and can not say what Pablo was doing with the rescue flare when the incident occurred.