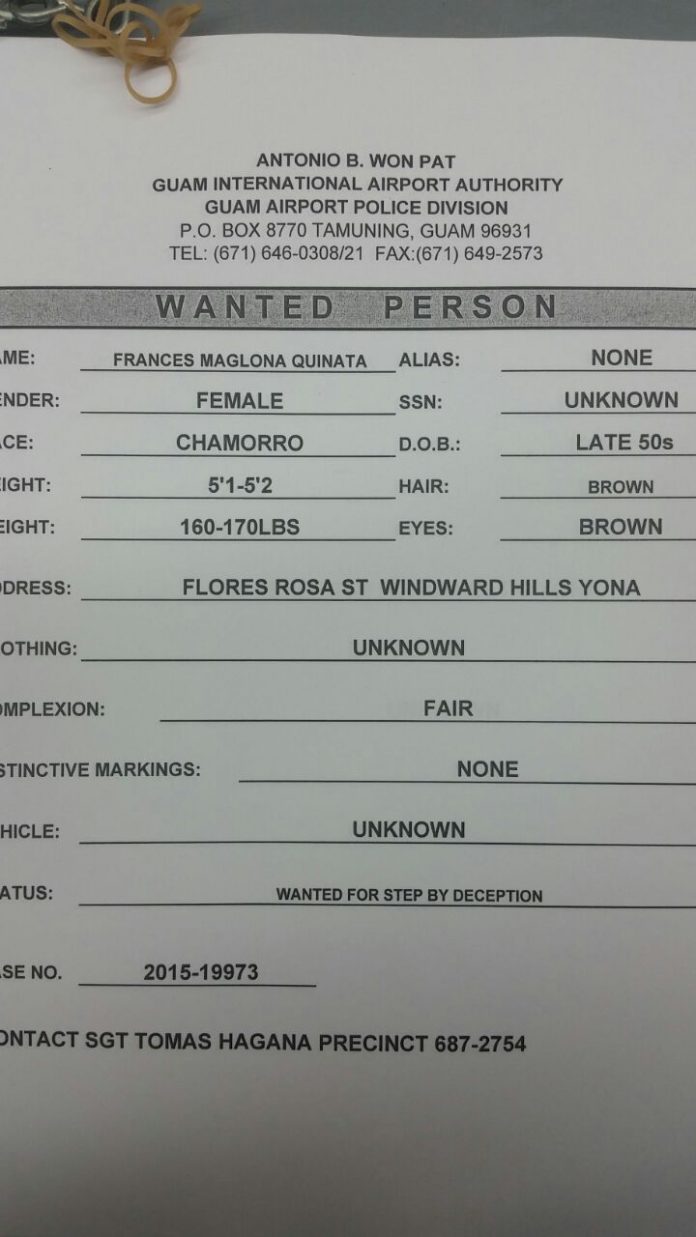 The Senior Little League Team Guam was checking in for their flight to Delaware to represent Guam in the Little League Senior Division World Series.

Guam – Guam Police are looking into complaints of a woman who scammed an all-female Little League softball team out of $38,000 by posing as a travel agent.

Guam Police Spokesman Officer AJ Balajadia says GPD received complaints that the Senior Little League Team Guam made of 14 players and three coaches showed up the Guam Airport Saturday morning to check in for their flight only to find out that their flight was never booked and tickets were never purchased.

Balajadia says the team raised $38,000 so that they could fly out to Delaware to represent Guam in the Little League Senior Division World Series.

A wanted poster was released by the Guam Airport Police identifying the fake travel agent as Frances Manglona Quinata with an address in Windward Hills.

Mother of one of the team members, Marie Quenga, tells PNC that when the all-girl team initially found out that their flights were not booked, the team was devastated. Fortunately, Little League International stepped in and helped fund the trip to get the team on a flight the following morning.

However, Little League Guam Coordinator Roseanna Castro says because of the one day delay, the girls will only have a few hours of rest before their first game, which is scheduled for 5:30 pm Monday in Delaware.

So far no arrests have been made and calls to Quinata were not returned as of news time.