Guam – A car theft has led to the arrest of an individual implicated in the death of a man in Harmon.

The male victim was discovered lying on the ground at the LSP Corporation on Feb. 19, 2019. The Guam Police Department had little to go on at first, so they launched a death investigation.

Detectives quickly learned that foul play may have been involved in the man’s death because victim’s vehicle was missing.

It was this information that lead officers to make an arrest. Unfortunately, it appears that the lack of a medical examiner means that no autopsy has been conducted on the victim, which may have implications on what charges can be brought against the suspect.

“The autopsy shouldn’t hamper…what it does [is] help move us forward in where we are going to go with the investigation again to determine the manner of death. It adds to it, but it shouldn’t slow or stop the investigation from moving forward…,” said Sergeant Paul Tapao, spokesman of the Guam Police Department (GPD). “I really don’t know the exact date and time of when the autopsy will be completed. Any autopsy releases or any autopsy findings will have to come from the office of the attorney general.”

At this point, authorities have not revealed what types of injuries the victim sustained or contributed to his death. However, based on the information provided by police, a weapon may have been used.

Police were able to disclose that the investigation resulted in the arrest of 27-year old Frank Joseph Salas Guzman, who police have pinned for the assault of the victim.

Tapao said that on Feb. 26, the victim’s bronze 2010 Hyundai Tuscan was located in the Ha’asu Dededo area. Shortly thereafter, patrol officers from the Dededo Precinct Command stopped a vehicle along Ysengsong in Dededo for stripping another stolen vehicle.

Patrol officers later discovered numerous items within the vehicle that belonged to the victim. The recovery of the stolen vehicle led officers to Guzman who was arrested on charges of Aggravated Assault; Robbery; Possession and Use of a Deadly Weapon in the Commission of a Felony; Theft of a Motor Vehicle; Destruction of Evidence; Criminal Trespass; Assault and Theft of Property from a Vehicle.

Guzman was booked and confined.

But the lack of a medical examiner with forensic pathology credentials may prevent GPD from classifying the case as a homicide because the autopsy has yet to be completed. This may also be the reason why Guzman has not been charged with murder or manslaughter.

The Attorney General’s Office did not respond to questions regarding the implications of not having a medical examiner on the case.

However Spokeswoman Carlina Charfauros did say, “The commission is diligently working to find a certified forensic pathologist to conduct the autopsy in connection with the deceased individual found in Harmon.”

Further stating that the commission is working on a case by case basis to address this issue should or when it arises until a permanent replacement ME is found.”

“Although Frank Guzman has been arrested for the following offenses, detectives continue to work in gathering additional forensic evidence and the recovery of any additional stolen property,” GPD said. 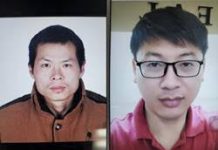 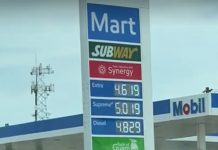 Adelup continues to push for full passage of H.R. 4406