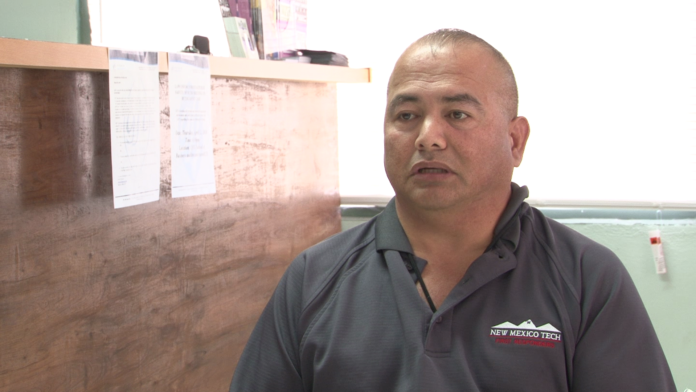 Guam – A police major is suing the Government of Guam Retirement Fund over the way it paid out retirement benefits for certain law enforcement officers.

The issue stems from a lump sum payment and how salaries should be calculated.

Guam Police Department Maj. Fred Chargualaf has filed a writ of mandate against the GGRF seeking a declaratory judgment that would overturn a decision by the retirement fund on how it calculated Maj. Chargualaf’s benefits. The case dates back to 2008 when a law was passed to give law enforcement officers a 40 percent raise spread out over four years.

For two years, from 2010 and 2011, which was the start of the Calvo Administration, law enforcement personnel did not receive their 10 percent increments. But in 2013, Governor Calvo paid out those increments in lump sum payments, to include any other bonus, increment, meritorious or otherwise, the officers’ were due. The first was lump sum payment was made in December 2013 and the second was in June 2014.

“They said well the way they calculated my annuity was that amount that was paid in 2013, they said well you know your GG1 for the two increments 2010 and 2011, we took part of those monies and put it back there. So I said ok but I got paid this year. So they said well you know, your GG1,” explained Chargualaf of his conversation he had with a representative of the Retirement Fund. “So if I didn’t earn this extra monies, would it have affected my retirement years for 2011, 2012? They said no. So I said why would I need to put monies back there if I already earned it for then? And I said, more importantly, I said you know you’re doing that, you’re spreading it, but I said I got taxed that extra payment and it’s higher. I said if [Department of Revenue and Taxation] had done the same concept I would have probably been in a lower tax bracket because that’s a big amount of money.”

The same thing happened in 2014 in which the difference between Chargualaf’s actual earnings versus what the Retirement Fund recorded was about $27,000. And because the Retirement Fund, for the defined benefits plan, takes that average of the three highest earning years to calculate a retiree’s annuity, Chargualaf said his retirement benefits have decreased significantly.

With the backing of the Guam Federation of Teachers union and Attorney Joshua Walsh, Chargualaf took the matter up to the Retirement Fund management and board.

In their response, the Retirement Fund argued that Chargualaf’s annual salary is based on performance rather than timing of payroll receipts, calling Chargualaf’s interpretation narrow and incorrect and, “if adopted it would lead to absurd results.”

“Their justification was not satisfactory. They don’t treat overtime payments the same way and they’re basing it on how [Department of Administration] HR happened to prepare a GG1,” noted GFT Field Representative Daniel Del Priore. “And it’s not their fault they were not given it when they were supposed to be … this is when you received the money so if the law simply says your highest three earned as a GovGuam employee years then that should be included in the averaging.”

GFT has scheduled a meeting for all current and retired law enforcement officers for Thursday, April 12 at 6 p.m. at the University of Guam’s School of Business room 131.