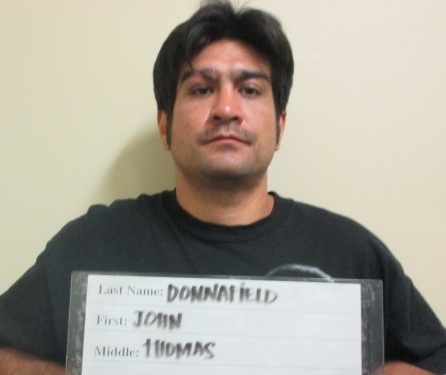 Guam – A 33-year-old man is behind bars for the attempted murder of his girlfriend.

John Thomas Donnafield is accused of trying to kill his girlfriend by body slamming her to the ground then trying to throw her off the Chaot Bridge in Sinajana.

Fortunately for the victim, a passerby in a car pulled over and called police who showed up just in time to scare the suspect away.

Donnafield, according to police, was apprehended in the nearby jungle area but had to be tased when officers saw that he was trying to grab a holstered knife in his pocket.

According to a magistrate complaint, Donnafield was under court order not to threaten, harass, assault or molest the same victim. He was previously arrested in February this year for assaulting the same victim.