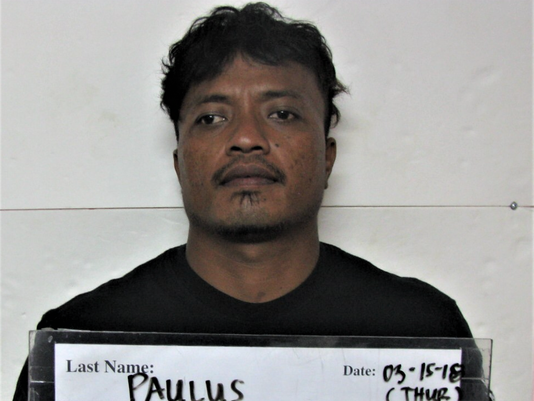 Guam – A male individual who calls himself “Big Man” is behind bars after he allegedly sexually assaulted an 11-year-old girl as she was about to fall asleep.  But this is not the first time he has targeted a minor.

Neron Paulus also known as Jack Bruce or “Big Man” is accused of a crime which is anything but that of a “Big Man.” According to a court complaint, he entered a bedroom where two minor girls were sleeping and raped one of them.

During this incident the victim told police she told Paulus to stop, but he did not. It wasn’t until the victim began crying loudly that he left the bedroom.

The second female minor in the room confirmed what the victim had alleged—telling police she awoke to the sound of Paulus telling the young girl to be quiet and saw him in a push up position on top of the child.

According to court documents, this is not the first time Paulus has targeted a minor girl. Paulus is currently on probation for the harassment of a 13-year-old girl in a bathroom at the Agat Park.

In this rape case, he is facing charges of two counts of first degree criminal sexual conduct. He was booked and confined.