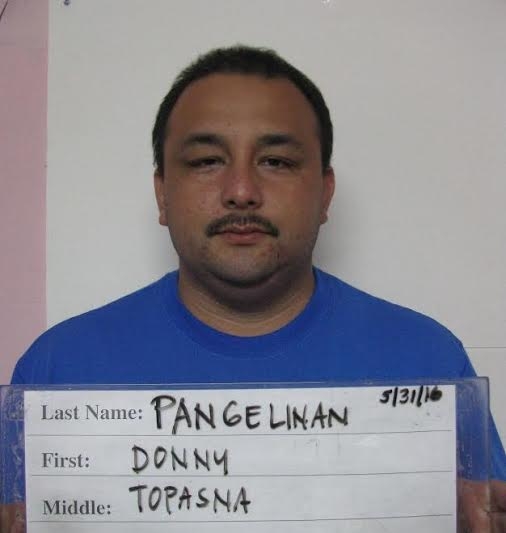 Guam – A police officer from the Guam Police Department was arrested yesterday afternoon for allegedly slapping his wife on the face multiple times.

According to GPD Spokesperson Captain Kim Santos, at around 3:15 yesterday, a female adult arrived at the Dededo Precinct to report that a man later identified as 32-year-old Donny Pangelinan slapped her multiple times during a heated argument. According to a magistrate’s complaint, the victim attempted to leave the residence in Yigo but while she was loading her vehicle, Pangelinan asked her to stay and the argument intensified. Pangelinan allegedly slapped the victim’s face four to five times causing her to fall to the ground. Also stated in the report, the couple’s three-year-old daughter witnessed the altercation. Captain Santos said the GPD Domestic Assault Response Team was immediately activated and upon completing their investigation, DART officers arrested Pangelinan, who also happens to be a police officer. Pangelinan was charged Family Violence as a misdemeanor.