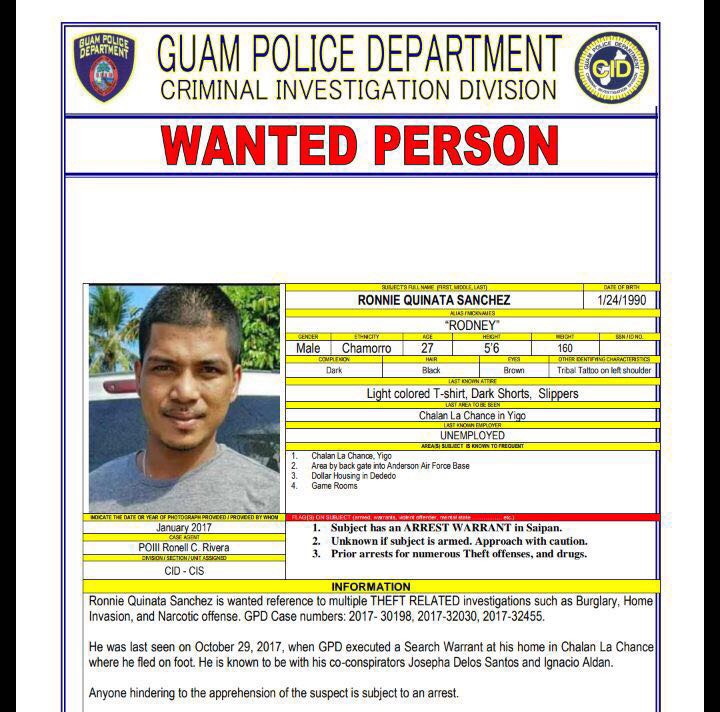 Guam – Police are on the hunt for a fugitive who’s connected to some recent arrests for burglary, home invasion and drugs.

Sanchez was last seen when authorities raided his home on Chalan La Chance in Yigo where he fled on foot. Two others who are believed to be involved in his case have since been arrested.

Josepha Delos Santos and Ignacio Aldan were alleged to have stolen numerous luxury items that were pawned in Yigo.

Sanchez was last seen wearing a light-colored t shirt, dark-colored shorts and slippers. He is known to frequent game rooms and may be in the area near the backgate to Andersen Air Force Base, the dollar housing area in Dededo or in the Chalan La Chance area in Yigo.

If you have any information on Sanchez’s whereabouts, you’re asked to contact GPD dispatch at 475-8615 or Crimestoppers at 477-HELP.