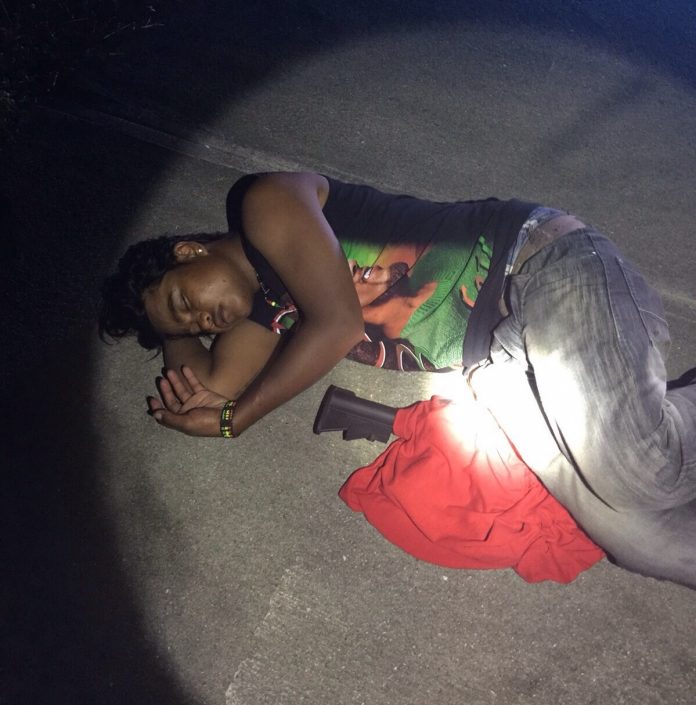 According to police, the rifle was stolen from inside a vehicle that belonged to a business.

Guam – The assault rifle a Harmon man was seen lying on top of on Saturday was a stolen, unregistered firearm, according to Guam Police Spokesperson Officer AJ Balajadia.

As you can see in the image above, 25-year-old Adriano Reselap appeared to be lying on top of an assault rifle. This happened in the early morning hours of December 5th when passersby contacted police about a man seen running around Harmon Loop Road.

A magistrate complaint states that when police arrived they found Reselap sleeping on the ground near the Harmon Pool with the firearm underneath him.

When asked about the rifle, police say Reselap told them it’s “for the Chamorros.” Reselap does not have a firearms ID card.

Balajadia says the rifle was stolen from a vehicle that belonged to a business, but he could not provide the name of the business. He did, however, confirm that the assault rifle is an illegal firearm.

Court papers say the firearm was determined to be an Anderson Manufacturing AM-15. At the time the rifle was seized, police say rounds were chambered and the safety was switched in the firing position.