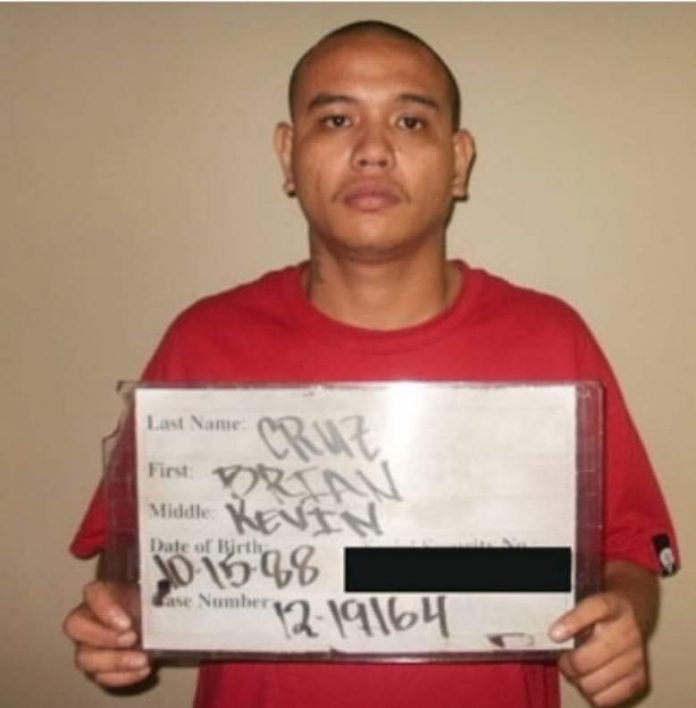 Guam – Authorities are allegedly looking the man pictured above in connection with the brutal beating and kidnapping of a woman yesterday.

Police identified the kidnapper as Brian Kevin Cruz and according to PNC files he has a record. Cruz was arrested in 2013 in connection with a purse snatching. He was charged with Robbery; Conspiracy; Criminal Facilitation; Family Violence and Child Abuse.

Police spokesman Sgt Paul Tapao states that as of 3:00 pm, the victim identified as Piatra Tuncap was located by family members in Chalan Pago and is currently being assessed at GMH at this time.

Tuncap was allegedly kidnapped by Cruz, and the incident was caught on surveillance footage yesterday at 5:15 in the afternoon.

The video depicts Cruz forcing Tuncap into a white nissan sentra before driving off. Sources confrim that the vehicle was found at Tagachang beach abandoned and burned.

Sources close to her also confirm that she was badly beaten while she was held against her will her condition is unknown at this time.

Tapao states that this case is ongoing as detectives have yet to conduct an interview with the victim and are working closely with patrol officers in locating Brian Cruz.

The same source further indicates that Cruz is armed and dangerous. If you see him do not approach him instead notify police immediately.