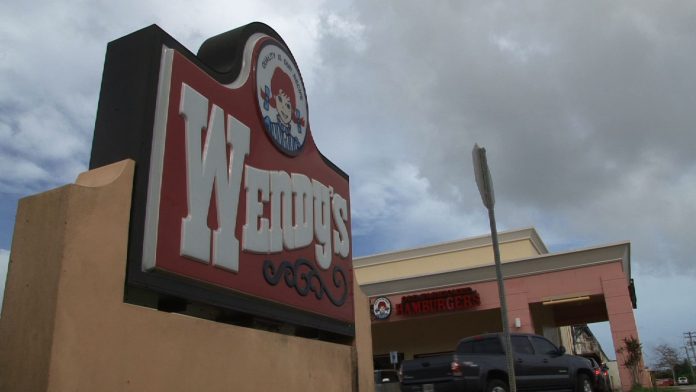 Four separate robberies were reported at different establishments within the last two days.

Guam – Police are searching for suspects involved in the robberies of four different establishments over the last 48 hours. It’s not clear, however, whether any of the robberies are related.

Guam Police Spokesperson Officer AJ Balajadia says the first robbery occurred on Sunday around 9:20 pm at the Subway restaurant in Tamuning where the victim told police that two suspects walked in, the first demanded cash then ordered her to get on the floor.

About 40 minutes later, another robbery was reported  at the Dededo Taco Bell where two suspects also walked in and demanded cash. The employees, however, did not comply, prompting the first suspect to smash a red cross case with a bat.

Both men appeared to be possibly local in their late teens to early twenties and both wearing black hoodies. The first suspect who smashed the red box was about 5 ‘8 to 5 ’10 tall with light complexion and a mustache. The second suspect was described as “very skinny” and “very light” with a black baseball cap and green inner shirt underneath his hoodie.

Then on Monday, police responded to a robbery at Alice Mart inside the Santa Fe Hotel in Tamuning. Balajadia says a victim was held a gun point and took off with the victim’s wallet and three packs of cigarettes, running toward the Shirley’s parking lot where he was seen getting into a red SUV.

The suspect is described as Chamorro with dark complexion, in his early to mid 20s, wearing a yellow long-sleeved t-shirt, blue jeans and black hat. He stood about 5 ‘2 to 5 ‘4 tall, weighing about 150 to 170 pounds.

The most recent robbery was reported this morning around 7:15 at the Wendy’s Restaurant in Hagatna. Balajadia says the suspect drove up to the drive thru in a beige colored Nissan Frontier with no tint and no tailgate.

The victim told police a man wearing a black ski mask pointed a black handgun at an employee and demanded cash. The employee refused, however, and the suspect was seen driving toward the back side of Agana Shopping Center.

If you have any information about these robberies, you’re asked to call Guam Police or Guam Crime Stoppers at 477-HELP.