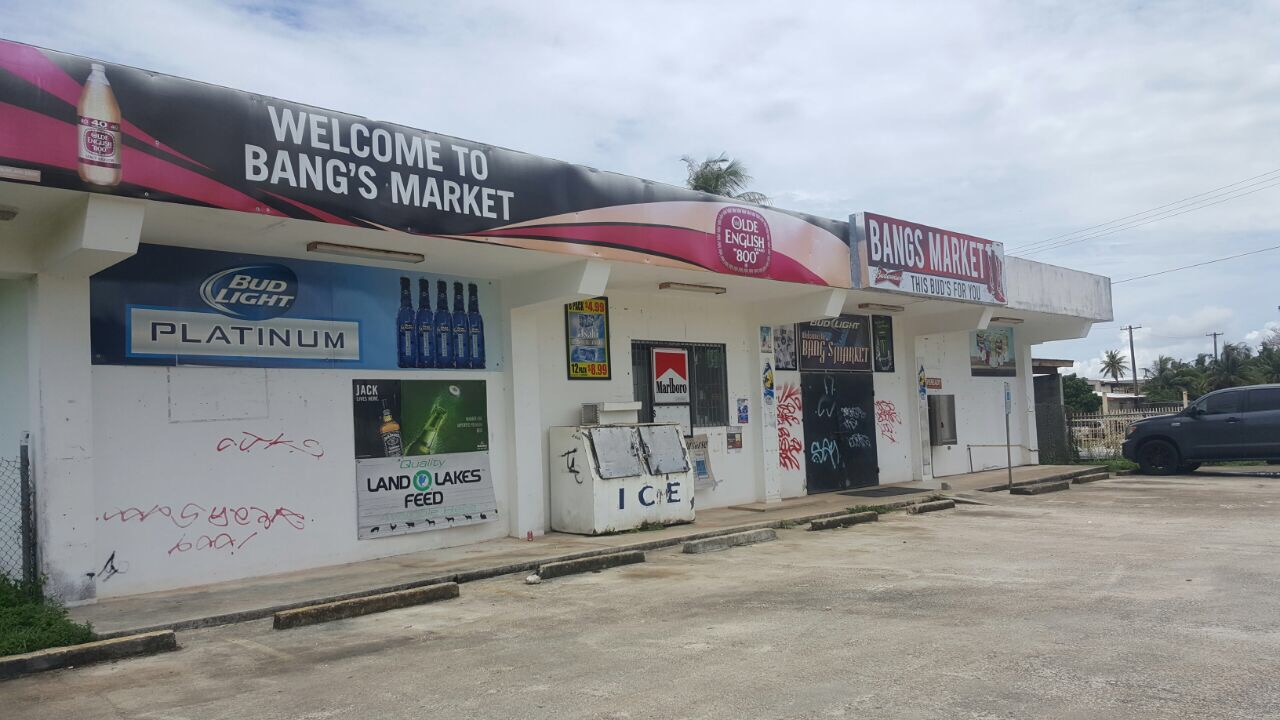 Police say the suspect is the tenant of the stabbing victim.

Guam – Blood splatter, an open back door and eerie silence was all that was left at the scene of stabbing that took place at a Mom and Pop’s store Monday morning. Police are on the hunt for the man allegedly responsible for the attack.

A 44-year-old female victim was transported to the Guam Regional Medical City after being stabbed. On Monday morning, police responded to a call of a stabbing at Bang’s Market in Yigo.

According to GPD Spokesperson AJ Balajadia, a man identified as Patrick Rudolph entered the store armed with a kitchen knife and stabbed the female cashier in the head. While Balajadia says her injuries do not appear to be life threatening at this time, traces of blood splatter from the attack could be seen on the cashier’s desk with the store lights left on and a back door secured but open, indicating the rush for help.

Authorities say that the stabbing may have been a result of a theft of property and the cashier is apparently Rudolph’s landlord.

Police are now searching for Rudolph who fled the scene after the attack. Patrick Rudolph is described as being in his early 30’s, standing 5 feet 7 inches tall, and was last seen wearing a camouflage army top and red shorts. The public is warned that Rudolph is armed with a knife and should not be approached.