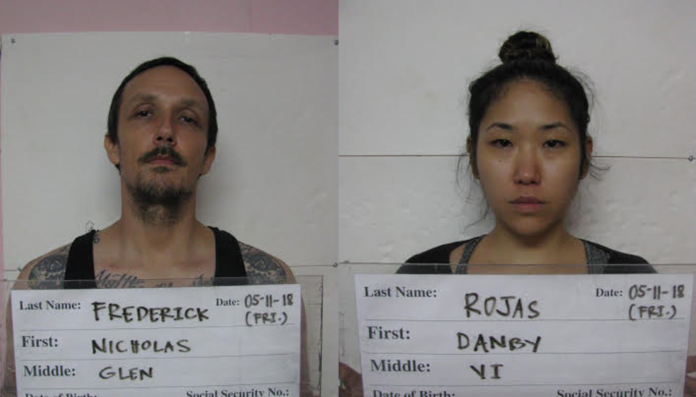 Guam – Cocaine left in plain view inside a man’s car warranted police to raid the man’s home—resulting in the arrest of two individuals.

Police allege he confessed to being a cocaine dealer and user, according to the court complaint. Police add he admitted to smoking crack three days prior.

Based on the find, police searched his residence where court documents state a female individual identified as Danby Yi Rojas was found. At the home officers discovered more cocaine, packaging material, and a glass pipe with methamphetamine residue.

Rojas allegedly admitted to being involved with the sale and use of cocaine further telling police that she had recently smoked.

Frederick and Rojas were charged with possession of a schedule two controlled substance and possession with intent to deliver.  They were booked and confined.