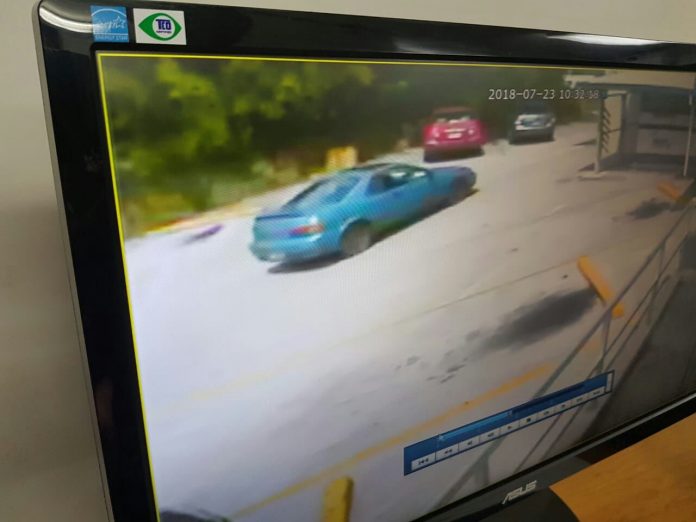 Guam – Police are searching for an armed robbery suspect and his get away driver who remain at large following a hit on Crown Bakery in Barrigada.

At around 10:30 this morning, a man armed with a hammer approached a Crown Bakery employee in the parking lot and demanded that he fork over money. According to Police Spokesman Sgt. Paul Tapao, fearful for his safety, the employee complied and handed the male suspect an undisclosed amount of cash.

The male suspect was seen running toward a waiting vehicle, cash in hand.

Shaken by the ordeal, the Crown Bakery employee was unable to comment.

Meanwhile, a surveillance camera captured the suspect’s vehicle, described as a light blue Toyota coupe. The suspect vehicle was seen fleeing towards the rear side of the bakery.

Tapao says the male suspect is described as possibly Chamorro, having a full beard, and was last seen wearing a red long sleeved shirt.

The Guam Police Department is reaching out to the community for help in solving this robbery. Investigators are asking anyone who witnessed this robbery to call GPD at 472-8911, or send an anonymous tip to guam.crimestoppersweb.com