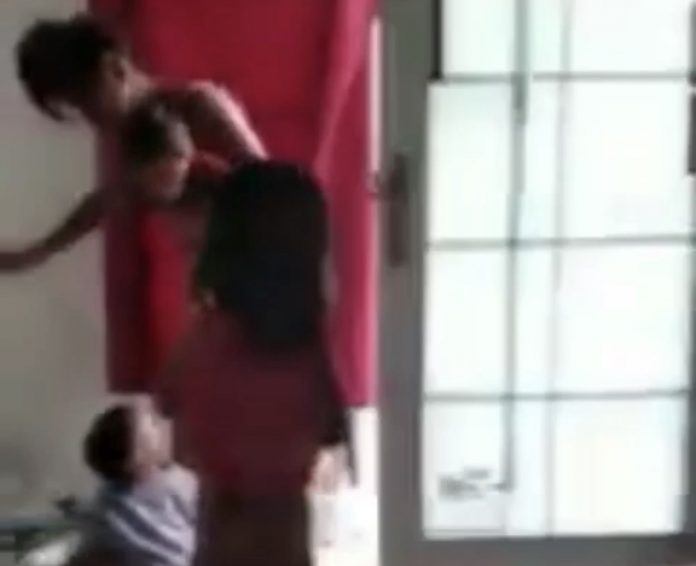 Guam – Police say they are looking into a social media video of what appears to be a mother physically assaulting her child.

The video went viral a few days ago. We must warn you that what you are about to see is disturbing to watch. It may not be suitable for everyone.

In the video, a woman can be seen entering a doorway with an infant dangling from her arms. She then appears to slap a child sitting on the floor, who appears to be no more than a year old, in the face several times.

The child’s permeating screams can be heard while the mother continues to whack the child’s face saying, “shut the [expletive] up.”

While sitting down with GPD yesterday, PNC asked whether GPD has any leads on the child abuse case.

“I’m not sure if that’s the same one being forwarded all over the place,” said Capt. Castro.

“We will verify that. Again, I can’t give you an exact assessment of that video but we’ll look into it. I’ve been privy to that same video and we’re taking a look at that and again Captain Castro’s bureau would be the entity to analyze that. So they’re gonna take a look at that video and validate that as something that is current and if it’s current, or even if it’s not so current, try and figure out what’s going on–if that happened on Guam, definitely try and contact, figure out who was involved in that and conduct some interviews and get to the bottom of that,” said Chief of Police J.I. Cruz.

If you have any information about this case, you can contact Crime Stoppers at 477-HELP.