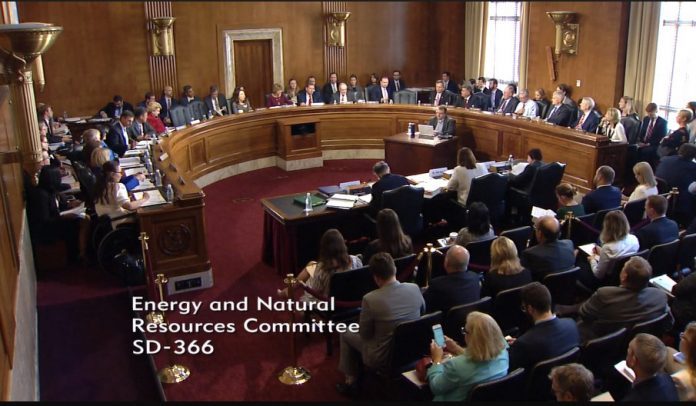 Yesterday, Governors from different US Territories testified before the Senate Committee on Energy and Natural Resources regarding their political status and relationship with the United States.

Governors from Guam, CNMI, Puerto Rico, US Virgin Islands each shared their sentiments on how their political status as territories is detrimental and prevents them from receiving needed federal funding amidst the COVID Pandemic.

Governor Lou Leon Guerrero in a written testimony shared that many of the challenges that Guam faces are directly affected by its lack of democratic self-governance.

In her testimony, she stated quote, “We have been denied an opportunity to articulate our political status preference by a system that chooses for us what rights we receive.”

As PNC previously reported, prior to the recent increase in Medicaid thanks to federal funding, the territories were subject to annual caps and expiration dates for federal Medicaid funding.

Moreover, according to Governor Leon Guerrero, territories were also required to match federal dollars with local money at a fixed federal to territory ratio. Essentially the ratio for territories is different from that of States.

As for the other territories: Puerto Rico who like Guam have not been able to determine their Political Status for over 120 years – and has been vocal on their vote for full statehood integration called upon congress to make a vote on their political future.

And that because of their status they are limited on they type of aid and benefits that they can receive.