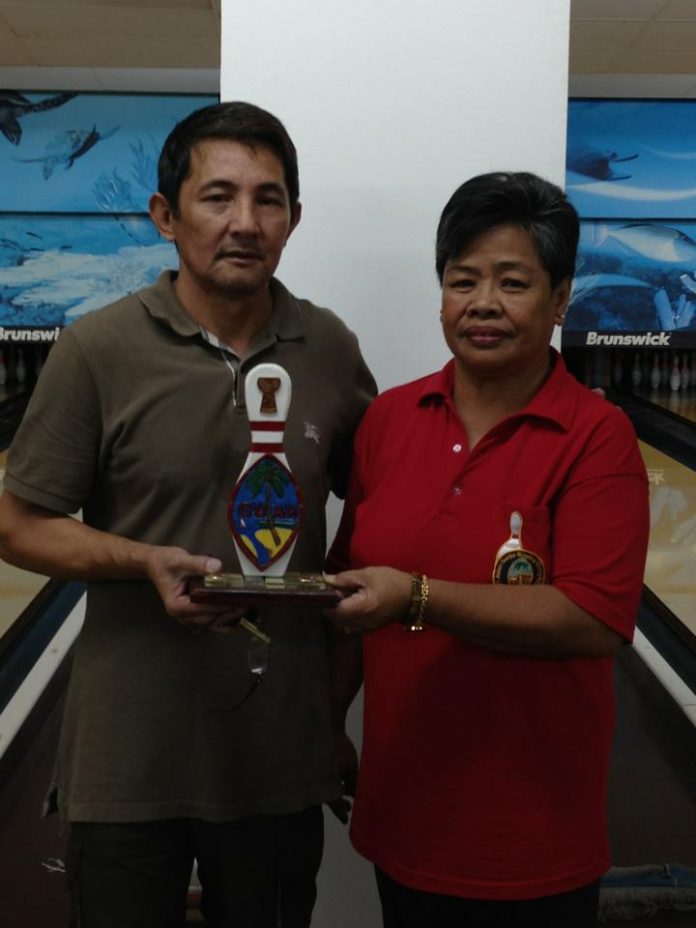 Tamuning, Guam – Zaldy Ponce felt his late brother Roland’s presence every time he needed a strike as he rallied from his 6th playoff position to beat veteran Mary Pangelinan 213-180 with handicap for the September Senior Bowler of the Month.

The lane pattern proved very challenging and contributed to the low scores in the qualifiers. But not for top seed Rick Ada Sr. who led everyone into the shootout rounds with a 1256 total and a 203 average.

In the shootout, Pangelinan beat out 10th seed Mike Woodrome and 8th seed Rudy Palaganas by 3 pins. In the other bracket Ponce began his title quest with a narrow 7 in victory over 7th seed Ben San Agustin and 5th seed Manny Torre.

Pangelinan took advantage of splits in three straight frames by Ada to advance to the finals. Ponce also had to rally to take down 2nd seed Ruben Torres.

In the final match it was dead even through the first two frames while Ponce whittled away at the 17 pin handicap advantage by Pangelinan. But consecutive strikes in the latter frames coupled with open frames in the final part of the match sealed Ponce’s victory.

The victory was Ponce’s first since last year and could not have come at a better time with only two more tournaments left to secure a spot in the December finals.

The next Senior Bowler of the month will be held at 9AM Sunday October 27th at 9AM. This contest is for all bowlers aged 50 or will be 50 by December 31st of this year.