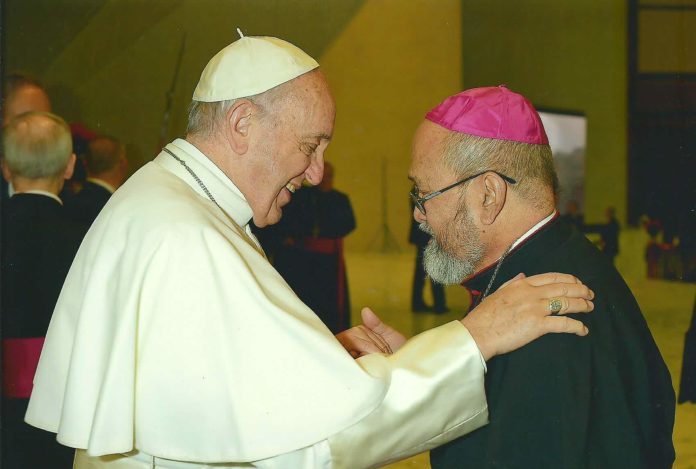 Guam – The pope has taken Archbishop Apuron’s appeal of the Tribunal’s ruling into his own holy hands.

In a press conference he made on his flight from Dublin to Rome, the Holy Father references Guam when addressing the nature of the Church’s current tribunal process of investigating its bishops. Pope Francis says that Apuron’s case is “very difficult” and that he has taken it upon himself to handle the appeal and not send it to the council that usually does its work with the priests.

The Roman Catholic head stated that he has created commission of canonists that are helping him and that he’s expecting a recommendation from them when he returns after a month. The case, he says, is both complicated yet not difficult because the evidence is clear, citing that there was sufficient evidence that led the first tribunal to Apuron’s condemnation. He clarifies that he will await his commission’s report and then make a ruling.

The Holy See found the local archbishop guilty on March 16 following their canonical trial. Apuron has since appealed that ruling, suspending all imposed penalties until the final resolution.