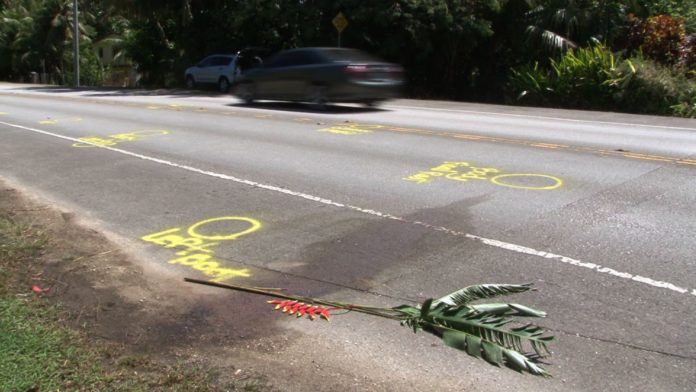 Guam – The man who was may have been struck by a car early yesterday morning died of a skull fracture and broken neck, but Chief Medical Examiner Dr. Aurelio Espinola could not definitively say whether it was a vehicle that struck the victim.

Guam Police Department Spokesman Sgt. Paul Tapao says at around 5:40 a.m., a driver discovered a lifeless man on the roadway along Route 2 in Agat near Nimitz Beach.

Police suspected the man was struck by a vehicle which fled the scene.

However, during the autopsy of the unidentified man, Dr. Espinola says the man had no signs of a bumper injury so he could not say for sure that the victim was struck by a car.

The victim was taken to Naval Hospital yesterday where he was pronounced dead just before 7 a.m. No suspects have been identified and no arrests have been made.