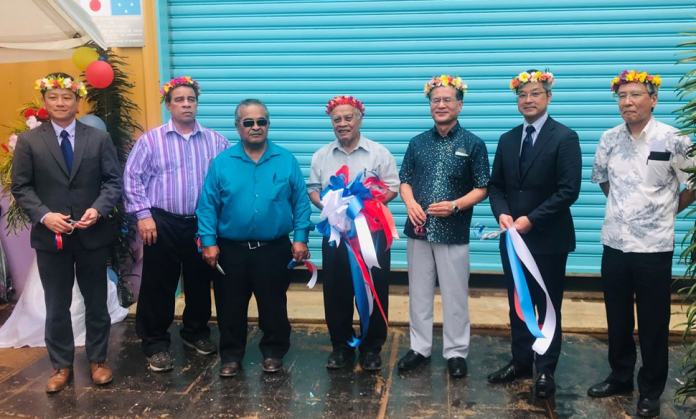 A new power plant opened in Kosrae in the Federated States of Micronesia as part of the upgrades to the state power infrastructure. With the improvements, project proponents hope that it would provide a stable and efficient power supply to boost the socio-economic conditions of the state.

The Government of Japan and the Japanese International Cooperation Agency (JICA) funded the $10.7 million project, according to information from the FSM government. The improvements include two 600kw diesel generators, a line upgrade to improve power distribution, and underground cables.

Officials from JICA and the governments of Japan and FSM attended the opening of the power plant on Wed, March 27. The list of officials include Ryochi Horie, ambassador of Japan to the FSM, and Yosiwo P. George, FSM vice president.

George said that providing electricity to the people in the FSM is crucial to the economic development of the nation. He said the new power plant would provide a steady and reliable supply of electricity to the state and would alleviate the power shortages.

JICA signed a grant agreement with FSM government on April 2016 to provide grant aid for the power sector initiative in Kosrae.

According to JICA, the project seeks to provide diesel power generators and related equipment to the state to ensure an efficient and stable supply of power with the objectives of improving the livelihood of Micronesia residents, developing the economy and contributing to environment and climate change measures.

The FSM government, in its 2010 National Energy Policy, established several goals toward providing reliable, sustainable, and cost effective power services that would spur socioeconomic development in the country.