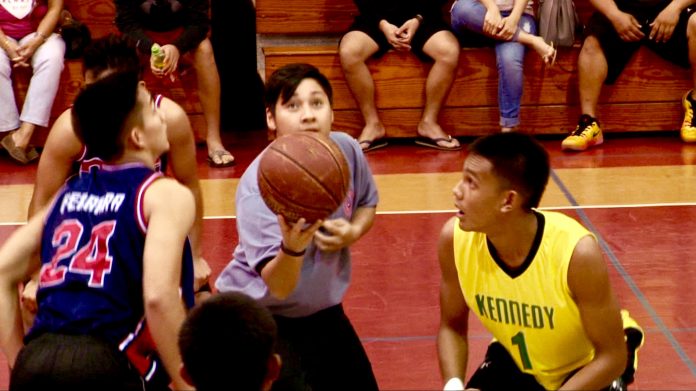 Opening round of the playoffs set to start.

UPPER TUMON – GSPN Pre-Season Boys Basketball Tournament Presented by Buddy’s Home Furnishings all set to go with playoff action tonight at the St. John Gym. Only the top three in Pools A and B will play on. Tipping off first will be the home team, the St. John Knights. In a win-and-in situation the Knights beat the St. Paul Warriors to advance. Michael Min had 31 points, fellow Knight Takumi Simon turns in 22. St. John end the game on a 13-0 point run and the Knights take the victory 75-62. Waiting for them will be the Panthers of Guam High, who handed the Okkodo High Bulldogs their first loss of the tournament. Panthers beat the Bulldogs by two, 46-44. Guam High get the win off a Robert Kranz lay-up, with the game tied and 2 seconds to go. Next up, the FD Friars will face Okkodo. Friars advance after beating the Notre Dame Royals 73-42. RJ Rokop had a game high 14 points in the win. Okkodo meanwhile, lost their first game to Guam High and again to Harvest 45-44. Waiting tomorrow will be GW, who will play the winner between Guam High and St. John, followed by the defending champs, JFK, who is awaiting the winner between FD and Okkodo.