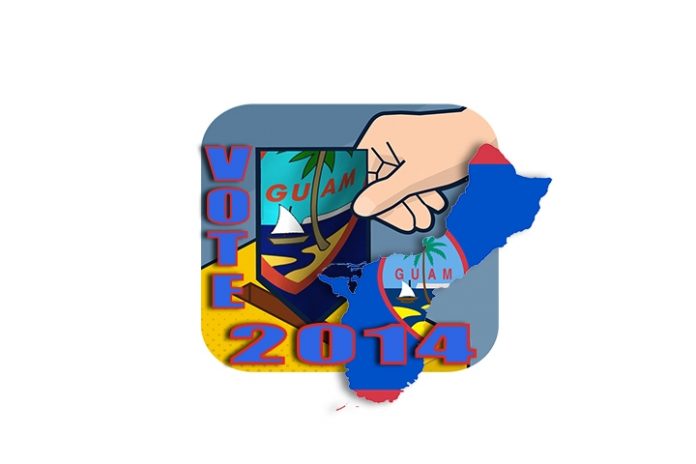 Guam -The precinct official who signed an affidavit alleging that she saw a cooler full of pre-marked ballots for Calvo Tenorio on election day has signed a disclosure disavowing her statements.

“First of all i would like to say that I didn’t prepare the affidavit, it was Bernadette Meno,” the statement begins

Peredo’s statement goes on to say that she signed the affidavit without reading it as she was in hurry. She also wrote that what she saw on election day was different from what was alleged in the affidavit.

“On election day I did see a ballot, but not (too) sure after the passage of time whether it was official general election ballot or sample ballot and it was only one ballot that I saw” the notice reads.

GEC Officials on Saturday voted to pass the documents relating to the complaint on to the Attorney General’s Office for investigation, as the affidavit was signed under penalty of perjury.

Bernadette Meno issued the following on the Disclosure Notice:

The following is my statement regarding Catherine Peredo:

Mr. John Peredo brought his wife Catherine Peredo forward to our campaign a short while ago with her allegations regarding the cooler with with what she said were pre-marked ballots for CT and some senators. She had prepared a hand-written statement about this and provided it to several individuals. Eventually, a meeting was called to inquire with her about what she saw. I was present along with Attorney Vanessa Williams, Mr. Bob Kelley and Catherine Peredo. After hearing her allegations we were all obviously very concerned because they alleged a potential criminal activity. It was decided that she should memorialize what she told us in an affidavit as well as speak the the FBI about her allegations. Both Catherine and her husband John agreed to do both. I drafted the affidavit based on what she told Attorney Williams, myself and Mr. Kelley and told her to make any changes necessary prior to signing it. The FBI agreed to interview her based on the seriousness of her allegations and they did so on Sunday November 15, 2014. Early last week Mr. Peredo personally delivered copies of the affidavit to the Guam Election Commission. Following the release of her name attached to the affidavit, Catherine Peredo and her husband were very upset that her name was released to the media. She was worried because she claims she is in line for a promotion at her government of Guam agency and she doesn’t want the publicity over her allegations to hurt her chances of a promotion. Mr. and Mrs. Peredo were also very upset that the election commission was calling them down for her to give an interview as they claimed the other precinct officials from her area were there and it was very intimidating. On Tuesday evening Mr. Peredo called me upset that his wife was allegedly getting threatening and harassing phone calls over her name being in the news. I advised him that if they were in fact receiving threatening phone calls, then they needed to report it to law enforcement authorities. I am unsure why she is now recanting her story considering she shared it with numerous persons including the FBI. I certainly hope the fear of speaking up and endangering her government job as well as her allegations of receiving threatening phone calls did not play a role in this. I wish her and her husband well.

Bob Kelley issued the following statement also regarding the disclosure

Below is a synopsis of my, (Robert  F. Kelley Jr. “Bob Kelley” )involvement with Cathy Peredo regarding her Affidavit regarding a cooler in the precinct area.

On Wednesday, Nov 12, I was asked to go the Campaign Hqs of Gutierrez Gumataotaoto to hear an allegation of election misconduct being made by Cathy Peredo who served as an Election Percent Official of the Guam Election Commission in Precinct 18F Dededo.

I discussed the matter with her. She told me that she went to the back to get a drink and opened up a cooler and saw premarked ballots in the cooler.  She only glanced in the cooler because another precinct official approached her and asked if she needed help.  Cathy told me this scared her.

I asked if she reported the finding of the ballots to anyone.. at the precinct, calling the GEC or the Democratic legal team standing by to assist if there were reported irregularities,  She told me she was too scared, however she did call her husband John Peredo and told him what she saw.

I was asked on Friday, Nov 14 to contact Cathy and ask her to come in and prepare an affidavit.  I sent her a text asking her and she agreed to come to the Campaign Hqs on her lunch hour.  At that time, Cathy discussed the allegation with Bernadette  Meno and Vanesa Williams.  Both ladies asked Cathy questions and took notes.  I was present with them for part of the interview, however I also was dealing with my business functions needing attention at the time.

Based upon the notes of the interview, and Cathy’s written statements, Bernadette  prepared a typed affidavit. I was provided an unsigned copy.

I noted that the allegations being made were serious and needed to be properly investigated.  I contacted Cathy and told her that I wanted to forward her accusation to a contact I had in the FBI and asked her if she would agree to be interviewed.  She told me she was afraid, but I told her it would be very discreet and a private meeting.  She agreed and voluntarily appeared for a private interview with an FBI Special Agent conducted last weekend. I provided an unsigned copy of the affidavit to the FBI Special Agent.

Based upon my contact with Cathy I think she really thought that she saw a ballot or ballots in the cooler, but that she was scared and really was not sure of what she saw.  It was only a momentary glance.  I also think that Bernadette Meno tried to accurately prepare an affidavit based  on her notes and Cathy’s statements. I have been told many times by Cathy that she just wants to do the right thing, but that she is very afraid that her reporting this incident will cause repercussions as a Government of Guam Employee at the Retirement Fund.

Scholars to present on regional experiences and solutions at UOG’s Annual...