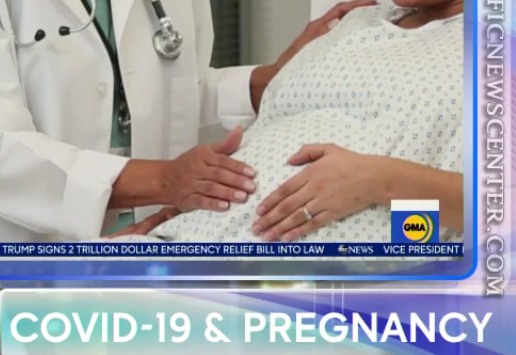 To date, there is one confirmed case of a pregnant mother on Guam who contracted COVID-19.

There are 19,235 cases of pregnant women with COVID-19 in the United States. Of these, 41 deaths have been reported. But here on Guam, PNC has confirmed to date only one case of known COVID-19 during pregnancy.

But as the CDC points out, these numbers should be interpreted with caution as it likely does not include all pregnant women with COVID in the US.

And while Public Health is working to compile data to see if there are any other COVID positive pregnancies, PNC spoke with the sole pregnant COVID-19 mother on Guam who said she is concerned about her unborn child’s exposure to the infection.

Expectant mother Charelle Gogue is concerned and a bit scared that there is not much known about the impacts the infection may have had on her unborn son.

Gogue found out that she was pregnant after she was rushed to the hospital in March for shortness of breath. She tells PNC that GMH conducted a blood test and that’s when she found out she was pregnant and COVID-positive. At the time, she was about two months pregnant, a critical time in the gestational period for the baby’s development. But she says GMH and Public Health showed no concern.

Even after she was cleared of the infectious disease, she still was left in the dark. Now, she is about eight months pregnant, and with her due date nearing, she doesn’t know what to expect.

“My biggest concern was if the baby was going to survive through it. So I was scared. Like if there’s going to be any complications with delivery or if the baby, later on, would test positive for COVID. Just things like that because I didn’t even get retested after I got released from quarantine,” Gogue said.

The CDC reports that “An MMWR study suggests that pregnant women with COVID-19 are more likely to be hospitalized and are at increased risk for intensive care unit (ICU) admission and receipt of mechanical ventilation than nonpregnant women. The risk of death is similar for both groups. But much remains unknown.”

For Gogue, the fear of the unknown was only amplified when she got turned away for care.

“I was sent at that Women’s center Clinic in Tamuning next to BOG. They didn’t say anything, they just basically did a usual prenatal check first and then, I don’t know, all of a sudden they tell me the next day I wasn’t accepted anymore and they didn’t give a reason why,” she said.

Gogue believes they turned her away because she had COVID. She is now under the care of another doctor and tells PNC that the baby is developing well. But she is still concerned about what impacts the virus will have on her child down the road.

PNC has reached out to Public Health and the Governor’s office to find out if there are any other cases on island, neither could provide data. Public Health Program Coordinator Janela Carrera indicated that they were still compiling the data.