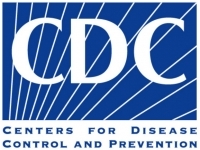 A local doctor will take a sample of the woman’s blood, freeze it and send the sample to Hawaii where it will be tested for Zika.

Guam – Another case of the Zika virus has been confirmed in the Marshall Islands and now a pregnant woman from Guam who was visiting the Marshall islands is returning and will be tested for Zika.

According to director James Gilan, Public Health received a communication from the Marshall islands saying that there is indeed one confirmed case of Zika there.

Additionally, Gilan says a female patient is coming to Guam to be tested by a local doctor for the Zika virus. The woman is originally from Guam and was visiting the Marshall Islands. Sources say that the woman is pregnant and well into her pregnancy.

Gilan says the doctor will take a sample of the woman’s blood, freeze it and send the sample to Hawaii where it will be tested for Zika. According to the CDC anyone who has not been infected with the disease and is living or traveling to an area where the Zika virus is found is at risk for infection. Gilan says until Public Health receives test kits for the Zika virus, Guam will have to send all samples off-island. Meanwhile, CNMI Congressman Gregorio Sablan says President Barack Obama has proposed $1.9 billion dollars in emergency funds to help combat the Zika virus. $828- million dollars will be for the CDC to ‘prevent, detect, and respond to the Zika virus and other emerging infectious diseases, while $225 million would be specifically set aside for grants and technical assistance to the insular areas where the Aedes mosquitoes that carries the virus are known to occur.