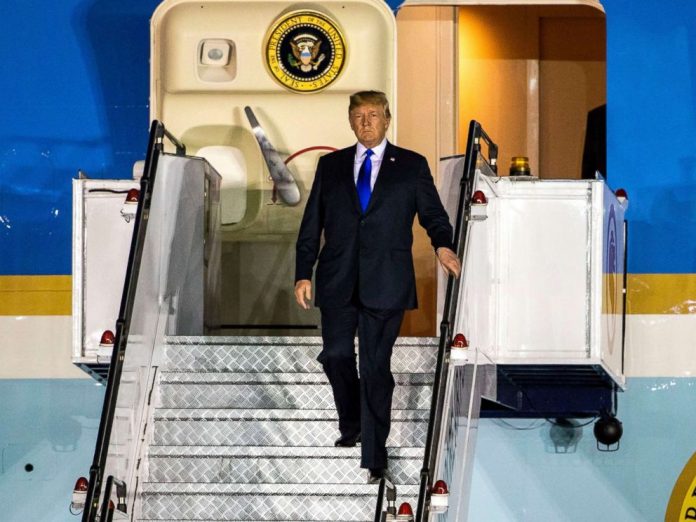 Guam – The White House has announced that President Donald Trump plans to visit U.S. military bases in Guam and Hawaii on the return from his historic summit with North Korea’s Kim Jong Un.

Trump is expected to depart Singapore on Tuesday night after his meeting with Kim on Sentosa Island. Before leaving Singapore, the president is scheduled to address the media.

The White House says the president will stop at Andersen Air Force Base in Guam on Tuesday and also travel to Joint Base Pearl Harbor-Hickam in Hawaii later in the day.

Trump is expected to return to the White House on Wednesday morning.