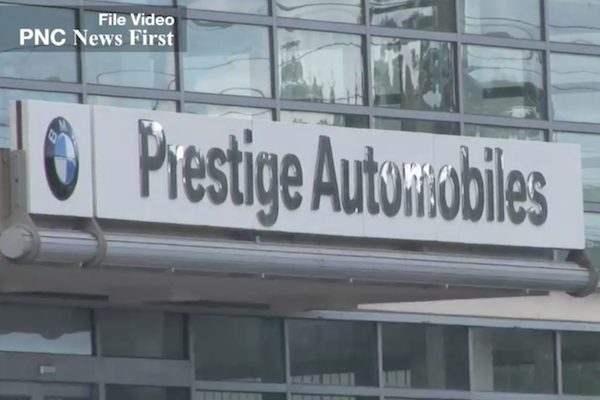 Prestige Automobiles began its representation of BMW in 1991.

Guam – Atkins Kroll has just been appointed as the authorized dealer to sell BMWs on Guam which means longtime distributor Prestige Auto will no longer be authorized to represent BMW.

Prestige Automobiles has been the authorized distributor of BMW on Guam for over 25 years and since 1991 has added other car makes to their lineup such as Land Rover, Mini and Subaru.

But about a year ago the company was named in a criminal investigation involving the illegal shipment of luxury vehicles to China.

Prestige Auto President John Shen, Sales Manager Orlando Domingo and former employee Ana Kristine Absalon were charged in both local and federal courts of stealing the identities of various individuals, registering vehicles under their names at DMV without their knowledge and then shipping those vehicles to China. Both Mr. Shen and Domingo have declared their innocence in the cases.

We spoke with Mr. Shen who today said he is not aware of any relation between the cases and Prestige’s BMW representation. He said Prestige will focus on developing the Subaru and Land Rover brands going forward, indicating that they will also no longer be representing the Mini Cooper line.

Meanwhile, AK President Des Graham says their representation of BMW will become effective January 1, adding that they will be opening up temporary facilities for BMW while they look for a permanent home.