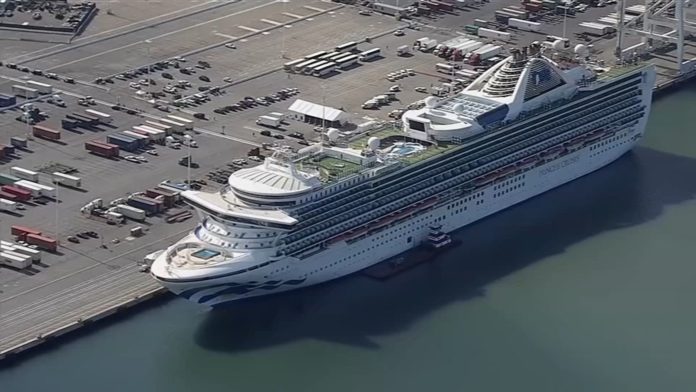 The cruise line, owned by Carnival, announced Thursday that it will voluntarily pause global operations of its 18 cruise ships for two months. It anticipates resuming operations on May 10.

Those currently onboard Princess Cruises that end in five days will continue to sail as expected, but cruises that extend beyond Tuesday “will be ended at the most convenient location for guests.”

Viking Cruises announced Wednesday it was also suspending operations of its river and ocean cruises for embarkations taking place between Thursday to April 30. The cruise line expected to resume operations May 1.

Those whose cruise falls within this window of suspended operations are being offered the choice of a Future Cruise Voucher valued at 125% of all monies paid to Viking or a refund equal to the amount paid.

“By taking this bold action of voluntarily pausing the operations of our ships, it is our intention to reassure our loyal guests, team members and global stakeholders of our commitment to the health, safety, and well-being of all who sail with us, as well as those who do business with us, and the countries and communities we visit around the world,” Jan Swartz, president of Princess Cruises, said in a statement.

Thousands of passengers were trapped aboard the Grand Princess after 21 were confirmed to be infected with the new virus. The ship sat idle off the California coast for days before dozens disembarked and headed to quarantines at military bases or their home countries.

About 1,100 crew members, 19 of whom have tested positive for COVID-19, will be quarantined and treated aboard the ship, which will dock elsewhere after passengers are unloaded, California Gov. Gavin Newsom has said.

Another Princess ship, the Diamond Princess, was quarantined for two weeks in Yokohama, Japan, last month because of the virus. Ultimately, about 700 of the 3,700 people aboard became infected in what experts pronounced a public health failure, with the vessel essentially becoming a floating germ factory.